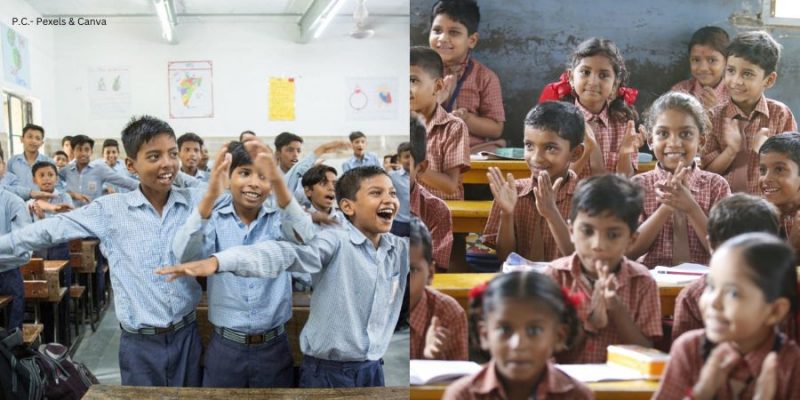 A substantial number of kids were dwindling out of academics & school to work various jobs. These kids earned a few hundred rupees from odd jobs, like serving in restaurants or daily wage labours. This money provided 2 meals to the student’s families, at the expense of their future. An 18-yr-old from Rajasthan’s Dera Village, Lalita – The Young Sarpanch stepped up & started working to ensure that kids from low-income households attend school & develop their future. Meet the hero of education today.

Education is the foundation stone of each & every individual, in fact on the 11th of November each year National Education Day is celebrated, and yet many people do not understand the Importance of this superpower. But Lalit was wilful to achieve her goals and she was successful in it.

Lalita the young sarpanch, a child herself, has saved 57 children and forced their parents to re-enrol their kids in the local schools.

She use to go door to door with other Bal Panchayat members, persuading families to re-enrol their children in school.  They educated parents about the vital role of education. Most parents, however, would ask them to leave and told them that their child will work as a labourer like them in order to earn some money in future so education was not needed.

Convincing children & their family members of something they did not value was always a challenge, but they never gave up. It took the young sarpanch some time but  People finally understood the cause. It took them repeated visits to their homes but finally, this Malala of Dera village won her war.

Lalita Duhariya is trying to fight against school dropouts, underage marriage, child labour, casteism, & other problems affecting children & young adults’ lives at an age where most girls are busy worrying about their skincare routine.

Since 2015, Duhariya has been a sporty participant in Bal Mitra Gram, an internationally recognised model of a children-centred rural area development programme. As a Sarpanch, she now leads the Bal Panchayat (Children’s Council) at the age only of 18.

Most people of her village didn’t take the young sarpanch & her team thoughtfully at first, despite the fact that they were confronting significant problems, they were obdurate to bring a change. Despite the difficulties of the journey, finally, she claims that individuals in her rural area have finally begun to show their support. She has created societal awareness by standing up for girl child education, environmental awareness, hygiene, and health.

Her father is a builder, and her mom is a homemaker. She belongs to a humble household & was never channelled to do this amount of positive at such a tender age but while growing up she was intolerant of things that were unjust, this intellectual awakening forced her to rise like a sun. She stated that her parents are now appreciative of the task she is doing, but in the start when the people of her village used to come out and fight with her parents for letting their girl stroll the village streets and lecture people, they would demand her to remain out of it all. But there is no way a flowing stream can be stopped, Malala of Dera village was okay to be burdened by her parent’s harsh words but was not okay with quitting this mission.

The young sarpanch is working on the issues such as class discrimination & casteism. The young sarpanch claims that when she was in Class six, she was denied food distribution in her village since she was of a lower social class, but she took the issue to a Bal Panchayat meeting and ended up fighting for her right. From that very point in time, she has been working to improve the lives of those in her community. 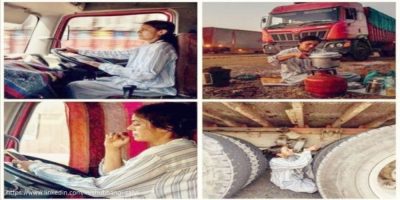 The young sarpanch has taught people to respect all castes & religions, and most importantly, to accept their fellow human beings. She is a rebel of her own kind, she is bringing change in a festive way. For example, on the celebration of Makar Sankranti, she organised a “communal lunch” in which the young sarpanch & other Bal Panchayat participants from all communities and castes, ate lunch together. They would want to unfurl the word to the entire society to ally & work together for the community’s development through this initiative.

Her awareness campaign, in collaboration with the Bal Panchayat, resulted in the abolition of children getting married in her village and neighbouring villages. The young sarpanch has received the Ashoka changemaker award as well as the Reebok fit to fight award. She is the future of not just Dera but of the whole country. There are many Lalita in our country like – Masarat Farooq – From A Home Tutor To Becoming Kashmir’s Youngest Education Entrepreneur

Lalita the young sarpanch has completed her education and is currently pursuing a BA degree as well as a Teacher Training course. When asked about her plans for the future, she shared, that she desires to join Rajasthan Administrative Services as once you have authority, it is easier to put things in order.

Despite her interest in teaching, The young sarpanch wishes to continue trying to work for the greater good of her state. She is a well-driven & channelled youngster who is ready to create a happy & bright future for herself and all her fellow mates.