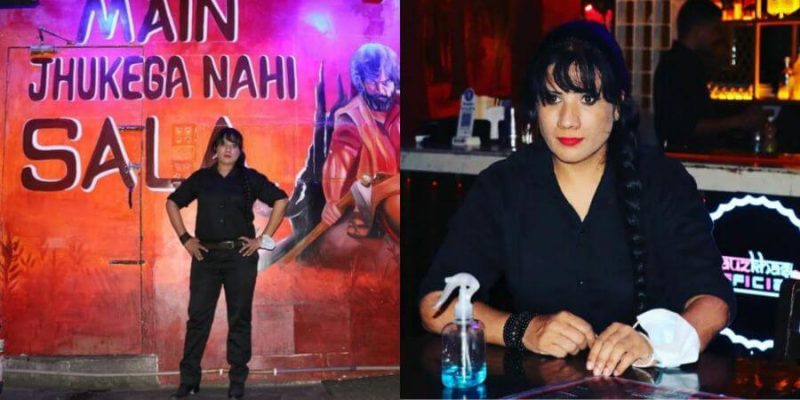 Those bulky security guards standing out with stoic faces and arms crossed in a club or a pub are bouncers. Challenging the norms and social prejudice, Mehrunnisa Shaukat Ali is India’s first woman bouncer.

She is an icon for those who believe that a woman cannot be a bouncer or a bumper. As the status holds, she was first neglected for what she did and was merely considered a security guard. But, she fought for her position.

It was not easy for Mehrunnisa in the beginning neither did her family support her, but her willpower, grit, and ardency did not hamper her from not trying harder.

The 35-year-old woman has tarnished the social prejudice and misconception and became India’s first lady bouncer – a profession that is largely dominated by men.

Today, Mad4India brings a gallant and obstinate tale of Mehrunnisa Ali and how she shaped her future by following her passion.

Mehrunnisa Shaukat Ali, the 35-year-old woman, hails from the Saharanpur district of Uttar Pradesh and is India’s first lady bouncer.

The responsibility of her profession is that she works in nightclubs and handles frequent spats that take place while keeping a safe eye on female customers.

It all started in 2014 when Mehrunnisa decided to become a bouncer. That time she was studying in class 10. Initially, she was regarded as a security guard, as no one took her seriously, but after a bitter struggle, she got recognized as the lady bouncer.

Mehrunnisa has six siblings, and one of them is following her steps. When she decided to become a bouncer, her father was unhappy. They were not dissatisfied as she had to stay late-night which was soon followed by tantrums and insensitive comments from people.

It’s all because of her hard work and never gave-up attitude that, she achieved what she could only dream of once.

The 35-year-old lady bouncer works at Social, a café in Hauz Khas Village that provides security for special events and break-up bar fights.

Mehrunnisa would have been married off at 12, but she was diagnosed with typhoid and was bedridden for a while. After she recovered, she vowed to work toward improving her life prospects.

She always wanted to be a police officer and make her dream fulfill. Mehrunnisa enrolled in the NCC cadet. She was serious about this goal and worked on her fitness. While she was preparing, she learnt about a vacancy for a bouncer where she applied for the same. 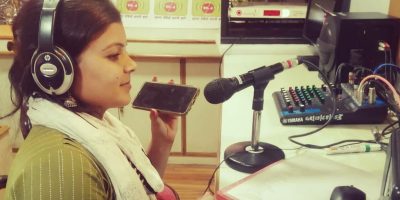 Nonetheless, her family was not convinced of this position as a bouncer., Moreover, her job entitled late night stays, resulting in jeering comments and mirth look from the neighbours. But Mehrunnisa was defiant. She was adamant in breaking the gender-bias and making a change that would make her family proud of herself. Today, she earns well and contributes to the upbringing of her younger siblings.

The first lady bouncer of India – Mehrnnisa Shaukat Ali, it was a grit of respect for her. She feels immensely proud to be the breadwinner of her family, and pats herself to shackle the norms and bring a delight change. She urges women to take up on their passion.

Her family was conservative, but her nature and insistence persuasion, she became a bouncer in 2014, and after a handy struggle, she became the first lady bouncer of the country,

Mehrunnisa is felicitated with many awards for her bravery and received support when she lost her job during the pandemic.

Today, Mehrunnisa and her younger sister works as a bouncer in breaking bar fights, maintaining the decorum of the place, spatting the mongers, and keeping a safe eye to the female customers.

The journey of Mehrunnisa was not easy, she had her days, but she worked hard. Today, she resides in Delhi and is a well-known name in the security industry.

Mad4India gives a heart-warming wishes to the bouncer sister for becoming bouncers and breaking the gender-bias. It’s not always you come across heroic stories that makes you giddy with all the smiles.

If you loved this story, you can also read about At 21, Parveen Kaur Became Haryana’s Youngest Sarpanch, Set Up CCTV, Solar Lights, And Library For Kids