Age Is Just A Number! Gujarat Man Buys His First Car At 85 After His Ayurvedic Start-Up Success 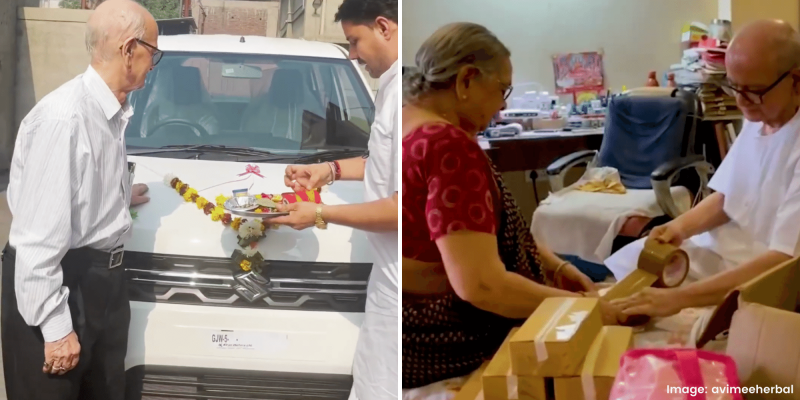 Using the “overnight success” of his post-retirement start-up, 85-YO Desi Couple Launched Hair Oil, Avimee Herbal With 50 Herbs and described how he was able to purchase his first car in his golden years.

Here Is How 85-Yo Gujarat Man Bought His First Car

After Choudhary’s business career came to an end, the old couple began residing with their daughter.

Choudhary, however, joined the growing community of post-retirement entrepreneurs by launching his start-up instead of kicking back and relaxing after more than 50 years of laborious work. When his daughter complained of extreme hair loss, he was motivated to launch the hair care company.

Choudhary, also known as Nanaji, researched the factors that contribute to hair loss and created a proprietary combination of more than 50 herbs to create his hair oil.

His daughter, who is now a business partner, urged him to discover a treatment for her severe hair loss. He created a mixture of herbal oils after nearly a year of research on the issue, which benefited my daughter’s hair loss and texture.

In a different video, he discussed how his business saw instant success, enabling him to buy his dream car at the age of 85.

In less than six months, they founded Avimee Herbal and won the hearts of people all around the world.

They have a very specific goal in mind: to employ Ayurveda to assist patients in regrowing their hair.

The last two factors that helped Choudhary’s start-up succeed were hard effort and teamwork, and he acknowledged the crucial role his family had in his success.

Avimee Herbal: Here Is Everything You Need To Know About Senior Couple’s Start-Up

The 85-year-old pair couldn’t be stopped from starting Avimee Herbal. The two started the business to provide toxin-free hair oil to help those who live in big cities with their concerns.

The 85-YO couple’s creation of Avimee Herbal has provided a lot of individuals with the ideal option for a fantastic hair day. The quality of Avimee Herbal products will never be compromised. 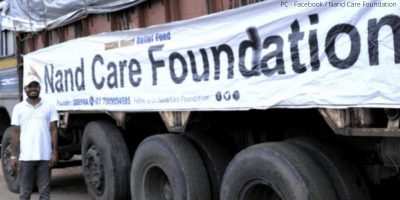 The greatest ingredients are used to create Avimee Herbal, which is chemical-free. It is ayurvedic and made of herbs, which are good for strengthening hair and promoting hair growth.

Unlike many other parents who might advise their children to use a certain brand of oil or to improve their diet, Radhakrishna went one step further and created a solution themselves.

He began investigating the reasons for hair loss and would spend hours researching each possibility. He was overwhelmed with treatments, masks, and lotions after studying and reading through various information, but in the end, he opted to use his knowlwedge and manufacture his oil.

His wife Shakuntala accompanied him in his studies after being impressed by his perseverance in his travels. They were both quickly absorbed in their investigation.

The elderly couple tested Avimee Herbal on themselves for three months before creating it. The discovery was astounding. For better production, the hair oil was thereafter given to close friends and family.

Avimee Herbal offers hair oil as well as other basics such as spray and other goods.

If you loved reading this story, you can also read about 85-YO Desi Couple Launched Hair Oil, Avimee Herbal With 50 Herbs 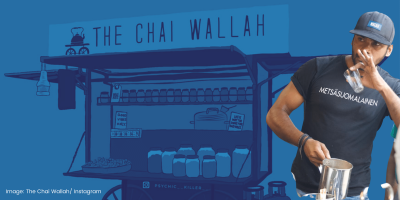 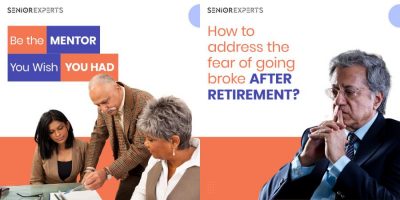