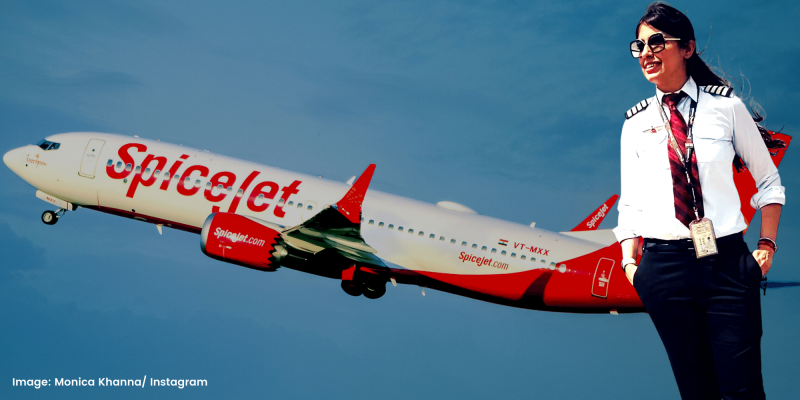 When a SpiceJet flight from Patna to Delhi caught fire mid-way, it could have been a serious incident, but Captain Monica Khanna kept her calm and expertly landed the plane, saving several lives in the process.

A bird strike immediately after takeoff from Patna caused one of the engines to catch fire, forcing the 185-passenger flight headed for Delhi to make an emergency landing at the Patna airport.

Here Is What Happened

When the cockpit crew saw something odd, they made the precautionary decision to turn off the problematic engine and made their way back to Patna.

An engine on the aircraft caught on fire. After speaking with ATC, Captain Monica Khanna made the quick decision to turn off the plane’s left engine. According to the rules, the aircraft had to complete one round. After taking a diversion, the aircraft was hastily retrieved. When the Boeing 737 touched down again, just one engine was operational.

What Did Khanna Do?

In this emergency landing, the pilot in charge, Captain Monica Khanna, shut off the damaged engine and made a safe return to Patna airport with everyone on board remaining unharmed.

According to Manavjit Singh Dhillon, senior superintendent of Patna Police, all passengers were successfully evacuated, and no injuries have been reported.

Praise Came From Luke And Corner

“Captain Monica Khanna and first officer Balpreet Singh Bhatia conducted themselves well during the incident. They were calm throughout, and handled the aircraft well,” Gurcharan Arora, SpiceJet’s chief of flight operations said to ANI.

“Only a single-engine was functioning when the plane landed back. Engineers inspected the aircraft and confirmed that a fan blade and engine were damaged as a bird hit. The Directorate General of Civil Aviation (DGCA) will probe further,” Arora added. 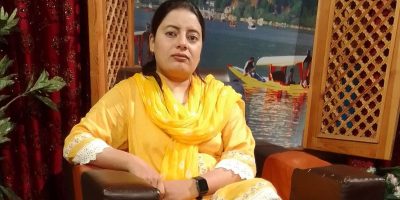 Who is Monica Khanna?

SpiceJet Limited employs Monica Khanna, a highly skilled pilot. Monica loves to travel and has a keen interest in current fashion and trends, according to her Instagram page.

For her prompt and appropriate action in an emergency circumstance, Captain Monica Khanna is receiving accolades. The achievement is all the more impressive given that no passengers were hurt when the aircraft landed overweight.

Officer Balpreet Singh and Khanna shared the role of pilot-in-command.

Many individuals have praised Captain Khanna for her courageous actions because they believe she handled the incident with calm and alertness.

Khanna’s brave deed was recognized by Anand Mahindra. “Yes. But we hope that with more examples like Captain Monica Khanna’s, we eventually won’t have any need to point out ‘women’s power.’ It’ll just be heroic ‘people.’ That will be true equality,” he tweeted.

Captain Khanna began working with SpiceJet in 2018. Meanwhile, Bhatia, a graduate of Emirates Aviation University, joined the firm in 2019 after two years with Jet Airways.

She is currently flying the SpiceJet Boeing 737 between Patna and Delhi as the pilot-in-command. She is one of SpiceJet’s best pilots, which is why she managed to keep the flight from having a serious disaster.

Kudos to Monica for such an incredible job and for saving lives! 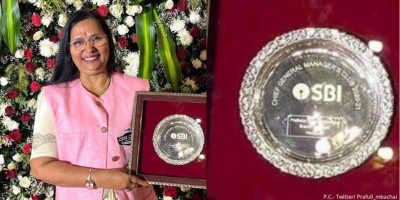 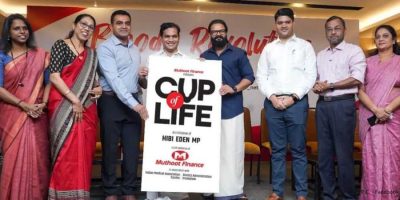