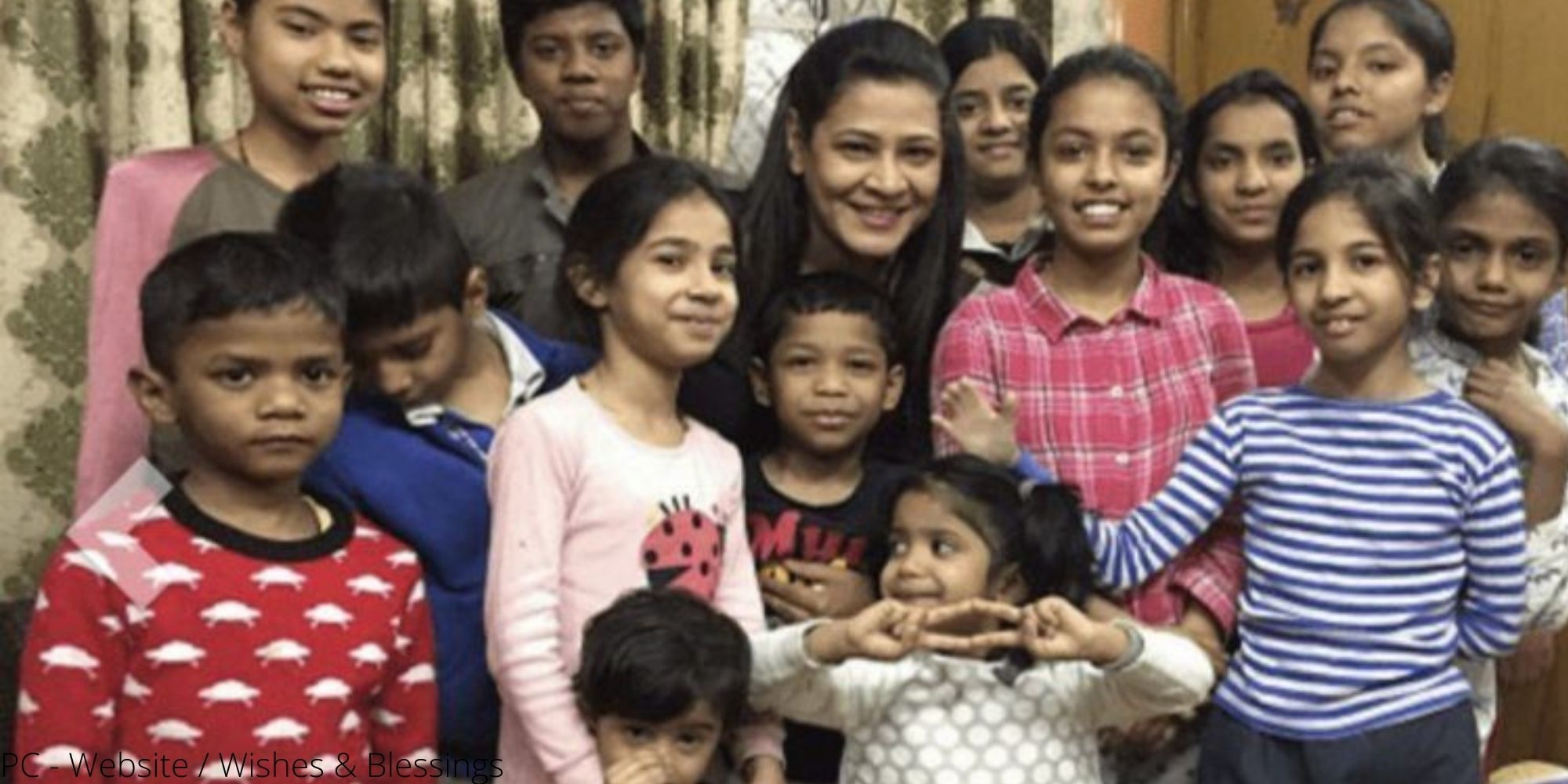 Inspiring story of Geetanjali Chopra who is making lives better for underprivileged people. When she was a child, she used to visit orphanages with her grandfather. Geetanjali comes from a traditional Punjabi joint family where the spirit of sharing and generosity was ingrained in their DNA.

Geetanjali used to go to a school for the visually impaired with her grandfather to celebrate birthdays as well as other important occasions with them in the late 1980s. She was dismayed to learn that some people forget their birthdays and never even cut a cake. These quiet, understated, yet intriguing remarks lingered in her mind.

Inspiring Story Behind Wishes And Blessing

She eventually decided to pursue her true purpose and founded Wishes and Blessings, a non-profit organization, in 2014. It’s a platform that connects contributors with recipients, creating joy and helping people realize their aspirations.

Geetanjali returned to the same school in 2014, a year after her grandfather died. She understood that the children wanted to enjoy Holi after taking quality time there. It surprised her that the children who couldn’t see colors wanted to participate in the color festival.

After she shared her idea with her friends and coworkers, they all donated money to the cause. Geetanjali purchased the colors and headed to school with her friends to accomplish their goals.

Wishes And Blessings – Working For A Greater Good

Wishes and Blessings, according to Geetanjali, served as a supporting NGO for the first two years, assisting organizations that were struggling to stay afloat. The NGO soon began collaborating with orphanages, nursing homes, and other organizations.

She has faced numerous hurdles during the last seven years. However, the most difficult task was gaining people’s trust and changing society’s perception of NGOs in general. When we first reached out to beneficiaries, there was a big trust deficit among the public.

Today, Wishes and Blessings is involved in more than 16 programs aimed at assisting the poor, with the ultimate goal of spreading happiness. It presently has over 20 locations in Delhi-NCR, as well as a presence in seven states across India, and works for a variety of causes.

The Wishes and Blessings has transformed rain shelters, or ‘rain baseras,’ into learning centers where children of various ages are taught to read and write.

Wishes and Blessings also allow you to make a significant difference in the lives of poor children who have been denied their most fundamental right to education.

Donors are invited to become relatives of differently-abled, poor, HIV-positive, and orphaned children through this initiative, and to fund their education so that they can establish stable and secure futures for themselves. Over 500 children are now receiving assistance through Wishes and Blessings. HNIs and corporations, in addition to philanthropists, fund the NGO.

Regularly, its ‘three meals a day program assists roughly 500 people, including children. This initiative provides healthy meals and crucial ration support to disadvantaged and homeless children, women, men, and the elderly daily, preventing them from turning to petty thievery and begging to feed their stomachs.

Wishes and Blessings launched a new program in 2018 and opened its first old age home, Mann ka Tilak. The shelter is designed to provide a haven for homeless elderly men and women in Delhi/NCR. All of the facilities at the old age home are provided free of charge by the NGO.

The group has reached out to over 60 potential recipients to date, with many of them being rehabilitated alongside their families.

People in Bihar, Nepal, Kerala, and Assam have all received aid from the organization in the past. In addition, the organization provides help to the impoverished each year during the winter months through its Winter Relief Project, which runs from December to February and involves the team going out to deliver blankets, sweaters, mufflers, socks, gloves, and even food to those in need. Every year, the organization helps around 3,000 people who are poor or homeless.

Geetanjali now wants her NGO Wishes and Blessings to be associated with philanthropy, and she intends to reach out to more people with her message.

The inspiring Story of Geetanjali and Wishes and Blessings is an example of humanity. If you loved this story, you can also read about Inspiring Story Of 8-YO Scuba Diver Collecting 600KG Plastic Waste to Help Marine Ecosystem Along With Her Father

If you know more inspirational stories about any person, company, new idea, or social initiative, write to us on mad4india.com, and share such information with us on Facebook and LinkedIn, Instagram.