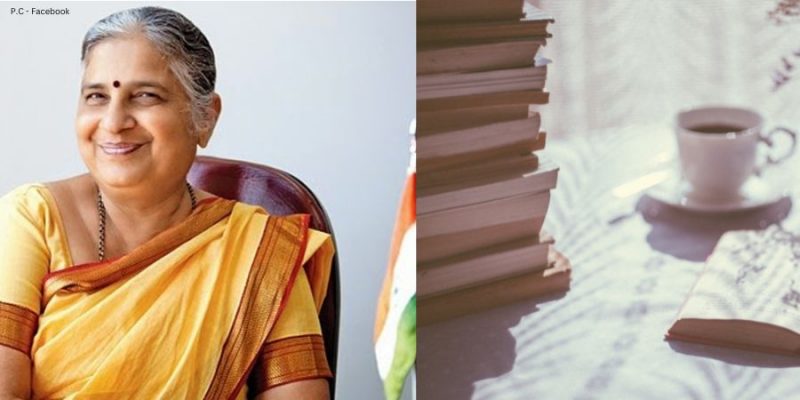 Murty is a well-known philanthropist who serves as the chairwoman of the Infosys Foundation and as a member of the Gates Foundation’s public healthcare efforts. Murty’s social work includes healthcare, education, women’s empowerment, public cleanliness, art and culture, and grassroots poverty reduction.

Sudha Murthy’s dedication to making a real difference in society has been critical in her progress, from being India’s first female engineer to running a company like Infosys. Not just a great personality but a great writer too, Sudha Murthy books are enthralling for everyone especially young and new readers.

An impressive writer Sudha Murthy books are well-liked by all. She has written extensively, including stories for kids, in addition to supporting her spouse Narayana Murthy in the formation of Infosys and giving the first funding. Through her writings, Sudha Murthy has implanted in both children and the elderly the habit of reading.

Her work has been featured in all of India’s major languages.

So far, her ambition of a library in every school has led to the creation of 50,000 libraries. Libraries are a great source of social upliftment for uplifting the future generation and there are many people striving to achieve this goal for example Meet the inspiring Dr. Kurella Vittalacharya who built a library in his village in Telangana has 2 lakh books

Murty received the R.K. Narayan Award for Writing and 2006, the Padma Shri, as well as the Attimabbe in 2011 for achieving a millstone in Kannada literature from the Karnataka government.

here is our list of Sudha Murthy books that will fit fine with every reader’s interest. Especially, new readers or kids, kids love reading the right kind of books like Kiara Kaur – An amazing story of a 5-year-old Indian-American girl who sets a world record for reading 36 books in less than two hours

The narrative of the Gauramma, with Dollar Bahu Jamuna, and her second simpleton bahu Vinuta is told in Dollar Bahu.

Wise And Otherwise, a nonfiction book is a compilation of fifty tales from Sudha Murty’s real-life interactions with ordinary people and amazing brains while travelling that had a lasting effect on her.

3000 Stitches is a compilation of 11 short tales based on Sudha Murty’s personal and professional experiences as the chairman of the Infosys Foundation.

Many anecdotes are told in the book, including the rescue & rehabilitative services of 3,000 devadasis of Karnataka, her journey as the sole engineer student in a college packed with guys, her encounters with Bollywood throughout the world, and so on. 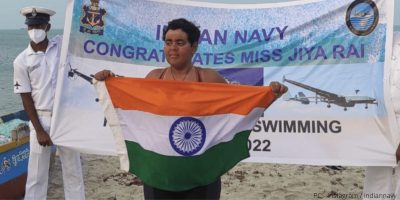 Beating All Odds Jiya Rai, 13-YO Diagnosed With Autism Swam 29kms from Sri Lanka to India In Record Time

Mahashweta is an uplifting narrative about bravery and endurance in a world filled with illusions and betrayals.

This is the story of Anupama, whose marriage crumbles after being diagnosed with leukoderma. She comes to Bombay, where she achieves success, and respect, and rebuilds her life, overcoming the societal taboo of a married lady who has been abandoned by her husband.

5. The Bird with Golden Wings: Stories of Wit and Magic

In this book, The Bird with Golden Wings, stunning colour drawings brings to life tales of supernatural animals, princesses and monarchs, and regular funny men and women.

Sudha Murty’s collection of 21 stories is just another of her valuable gifts to youngsters, teaching valuable lessons in a simple and approachable manner. This can be a fine read if you want to start with Sudha Murthy Books

6. The Upside Down King: Unusual Tales about Rama and Krishna –

After each narrative, there is a description of the location associated with that story.

Sudha Murty invites you on an enthralling journey, telling you about a time when demons and deities strolled interact with humans, animals could communicate, and gods bestowed the most magnificent boons on ordinary people.

How the Sea Came to Be The first section book in Puffin’s Chapter Book series is Salty.

The story takes place many years ago when sea water was said to be delicious and drinkable. It tells the story of how the sea became salty.

It is appropriate for very new readers and is an excellent way to expose them to Sudha Murty books.

Gently falls the Bakula tells the narrative of Srimati and Shrikant, two people from opposing communities who become lovers. The book’s finest feature is its portrayal of the characters.

Sudha Murty’s work hits close to home experience since a lot of us have witnessed similar events near us. The narrative is straightforward, and the attention is solely on the two protagonists.

If you liked this story, please read the motivational story of Prasiddhi Singh, who is planting saplings and making the world greener.