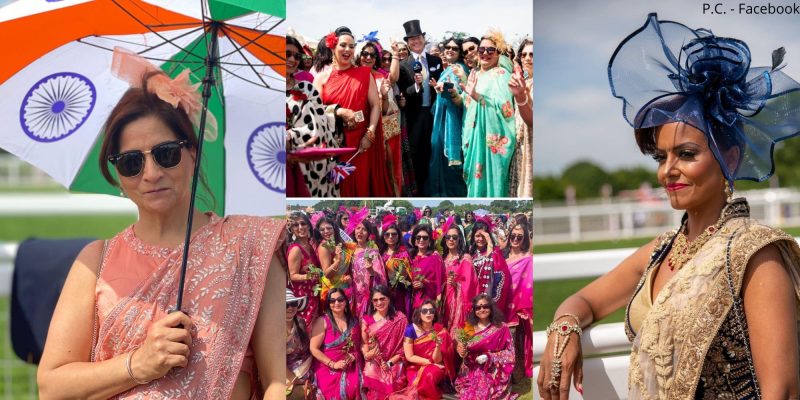 There is no protagonist in this story. We have three women from different walks of life, who are proud to be Indian. One is opulent from the United Kingdom, the other is a passionate designer and our third character is a lady staying in a small village in West Bengal, India.

The link connecting them is their love for India. With help of 1000 other proud Indian ladies, they created history without even meeting each other. Pure zeal to flaunt India in the royal event – hard work and correct planning were their success tools. Three ladies made India feel like a Queen in front of the British Queen herself.

Founded in the year 1171, the Royal Escort is an annual celebration and one of the most important horse race meetings in the UK. It’s just not a sport but now a heritage for the royal family of England.

The British Queen Elizabeth II was the attraction of the event this year. Britain’s Princess Anne and her daughter Zara Tindall were among the prominent guests. But this year it was just not just a heritage meet for the royal family but the Indian women also announced the day as a heritage day for themselves.

On 16 June 2022, the occasion of ladies day, 1000+ ladies were spotted wearing the crown attire of Indian heritage “The Saree”.

1. Dr Dipti Jain – Opulent Of United Kingdom Who Is Proud To Be Indian

Major credit for the saree day success can be given to Dr. Dipti Jain, who was born in Kolkata. She has been living in the UK and is a psychiatrist by profession. She is extremely proud to be Indian and her roots are still in-tacked with the richness of Indian Heritage. She introduced the idea of wearing a saree at the big event and show-cashing their love for the country and respect for the artists of the nation.

“Raising awareness about sarees, raising eyebrows, and raising the threshold of the fashion world, let the saree speak to you today.”

Established in 2019, the club is meant for women in the medics profession and now has gradually extended to other British Asian women too.

All The Colours Of Indian Rainbow

Additional accessories like bags, flags, and sunglasses were added to give a trendy look to each attire. Styling Indian saree with gloves and hats was a blend given by the ladies to have a perfect look for the event. The sight of watching Indian women proudly flaunting their culture must have been breathtaking.

Hand-painted to hand-woven, sarees of Silk to Madhubani to Tussar, and Silk to Khanth, there were all the shades of rainbow worn by the proud Indian women. The taste of Assam worn by Chinu Kishor represented the Mekhala Chador, which consists of two pieces of cloth the bottom called Mekhala and the top a chador. The particular saree is not printed but woven in the traditional manner, featuring ornamental designs.

Madhubani was among the favorites, Sanchita Battacharya a media professional was observed wearing Madhubani which depicted the tale of Mahabharta. Many were found wearing hand-painted sarees of Indian motifs like lotus and peacock on their ” Pallu”, the falling tale of saree. 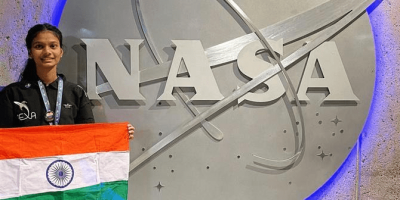 2. Tanima Paul – Fashion Designer Who Is Proud To Be Indian

The second central character who lead to the success and beauty of this plan was the designer, Tanima Paul. Paul designed the saree and provided Google photos of Big Ben and the Queen to S K Nurul Hoda, who lives in the same burg as Khatun, over WhatsApp. He drew them on fabrics, which Khatun then turned into a saree.

Tanima Paul is known to promote the work of Indian artisans in the UK, her love for the country clearly says she is so proud to be Indian.

Paul not only sketched the saree but also made the images of the Queen, Big Ben, and others on the fabric. It was Tanima’s dedication that Indian art and handicraft found its pass to enter royal escorts.

3. Rupa Khatun- The Architect Of Colourful Magic Who Is Proud To Be Indian

India is home to great art and even more astounding artists. Rupa Khatun is one of them. Rupa is a 33- year old weaver who belongs to a hamlet in West Bengal. For her, these sarees were another piece of her work, but her work was a jaw-dropping sight for the British attending the royal escort.

She stitched the saree of Dr. Dipti along with many others. The saree was hand-embroidered with Kolkata and London skylines, along with the Queen’s face, the Tower of London, a red phone box, and Big Ben. Khatun also made a silk stole with the queen’s face and Union Jack on it.

“I never had any formal training in making sarees. I just learned from the other women in the village and my mother and grandmother. I am really proud to be Indian. I did not know about the Queen, London or Big Ben before.”

Rupa said that the most difficult part while hemming the saree was making the Queen’s face absolutely perfect. She has been making traditional print sarees all her life but this was the most difficult saree to sew and it took her around four months to complete the whole task with help of other women.

Rupa had no idea that her work was ready to walk the ramp of Royal Escort ladies day. And that she will make us all proud to be Indian.

Indian saree is a graceful, sophisticated, and the most historically rich attire in the world. Dipti, Tanima and Rupa showed India through the colors of heritage in front of the whole world. The British crowd watched the Indian saree rule the event like the queen it is.

The collaborative work of these three ladies lead to a success story of Indian saree on the screen of the world, the city of London went mad for Indian saree and so we are, Made4India.

If you like reading about this story, you can also check Not a European city, but God’s own country – Vagbhatananda Park goes viral on social media 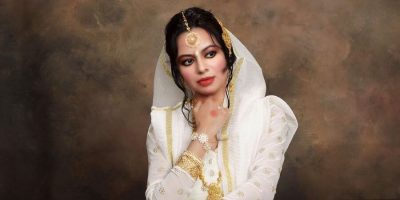 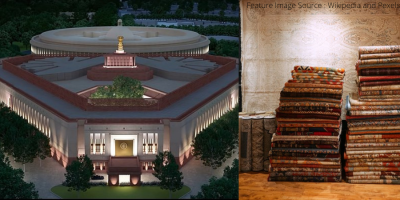 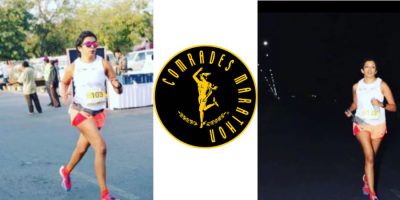