Over 400 people were killed and thousands of homes were significantly destroyed in Kerala during the terrible floods of 2018. The floods sparked several heated debates about introducing technologies or designs that could endure floods and other natural disasters.

Nanma Gireesh from Thiruvananthapuram was working on her Master’s thesis on ‘amphibious dwellings’ at the same time. Nanma and classmate Ben K George were inspired by the flood and the post-flood talks on flood resilience to launch an attempt to solve the most-discussed riddle.

As a result, the two friends founded NestAbide in 2018, focused on flood-resistant technologies and amphibious construction.

NestAbide: What Do They Do?

Their startup is an integrative firm focused on technology used before, during, and after floods. It is also the only company in India working solely on amphibious housing, resilience, and adaptation technologies for people.

Both founders are Ph.D. students at TU Delft in the Netherlands. Er. Nanma is a Licenced Civil Engineer with the Kerala Urban Affairs Department of the Government of Kerala and Er. Ben is an Electrical Supervisor with the Kerala Electrical Inspectorate.

They are focusing on disaster-resilient infrastructure using flood resilient eco-technologies, with programs such as amphibious/floating buildings, low-cost sustainable buildings, Floating Wetlands Treatment Systems (FTWS), and River Flood Modeling Simulations. Their purpose is to transfer talents and technology to better people’s and the planet’s lives and living environments through teamwork and multidisciplinary knowledge.

They also collaborated on an international initiative called the Amphibious and Floating Building Research Project, which was supported by the Government of Canada through the National Research Council of Canada and was carried out in partnership with the University of Waterloo in Ontario. 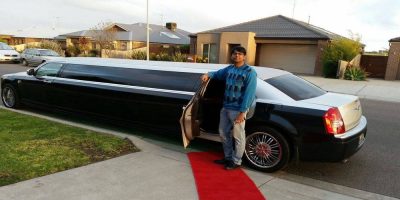 What are amphibious buildings?

Later in 2021, the startup constructed a working prototype of an amphibious building in Kuravilangad, Kerala’s Kottayam district.

The startup has developed the concept of ‘Amphibious buildings’ as part of its Flood Resilient campaign.

An amphibious building is essentially a flood-resistant structure that floats in floodwaters. The building rests on the ground like any other building, but when a flood comes, the buoyant foundation rises the entire structure on its dock and floats. Surprisingly, when the water recedes, the building will sink back to the earth.

A house can be built for Rs.15,00,000 provided Rs.2500 per square foot is needed. Amphibious technology will pave the way for a secure future for them, protecting their living area without having to battle against water.

They are now working on an amphibious housing project for individuals living in flood-prone areas of Kuttanad and Munroe Island, which is being sponsored by KDISC (Kerala Development Innovation and Strategic Council).

The firm has 10 full-time staff and 33 on-call experts, and also focuses on other flood-resilient technology.

Nanma and Ben are presently pursuing their PhDs at the Delft University of Technology under the direction of prof Dr. Chris Zevenbergen at the TU Delft and the UNESCO IHE, Delft. They were just named to the Forbes 30 Under 30 Asia List 2022 for their initiative.

If you loved reading this story, you can also read about India Bans ‘Single Use Plastic Bags’ – Read How Will It Impact You 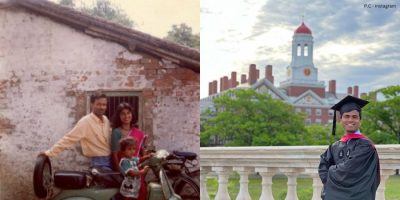 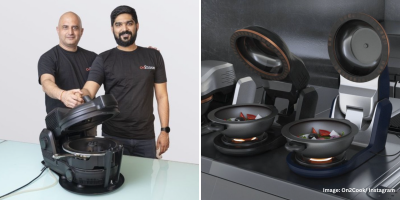