The auction business has been a special part of Indian history, which began in the 19th century. Especially in Kolkata, you will still find some old auction houses which still retains the old charm of historical auctions. Though most of the auction houses have closed over time, but there is one auction house that is still leading the way.

Russell exchange, one of the oldest auction houses in India, is still continuing the old tradition and surviving in this modern era. The credit goes to auction house owners – Anwar Salim and Arshad Salim.

The family of Anwar Salim and Arshad Salim bought this auction house in 1940. At that time the business of auction house was very profitable because there were no online platforms to buy and sell expensive and precious items.

At auction houses, the auction scene used to be like a festival. Businessman and royal families from far used to come for bidding. Anwar and Arshad run this auction house along with their sister Sarfaraz Begum Shamsi, who is India’s only female auctioneer.

They keep auctions in Russell Exchange on Thursdays and Sundays, although now the auctions are not as vibrant as before.

For long, Arshad ran this auction house along with his sister as Anwar Salim had gone abroad for better opportunities. Going abroad was a big thing. After working in the UK as a media professional and a banker for many years, Anwar returned to India in 2009 and took up his father’s auction house. 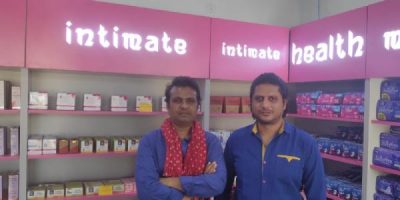 This wasn’t easy for Anwar, as people showed less interest in the auction house. However, Anwar believes that their auction house is still leading the way because they give priority to customers’ interests over their self-interests. They make their best efforts to give a fair deal to the buyer and the seller. Sometimes, this isn’t in the best interests of the auction house, but it keeps Russell Exchange running.

Even today, at the Russell Exchange, you will find items like old-fashioned furniture, statues, glass, paintings, etc. This place will open up the history of Kolkata for you.

You can witness the auction every Sunday morning. You would see diverse things being auctioned here. Although big-ticket auctions are very few nowadays, but many old properties of Kolkata are still being sold here.

Famous artist Ganesh Pyne’s wife once auctioned her barely used sarees at this auction house. There are many more memorable auction stories attached to this house, which makes it a historical place.

According to Arshad, a Bengali man once came to sell his books here. He got only 60 rupees for his 45 books. But he had a lithography book which is very difficult to find. And he got 18 thousand rupees for that book.