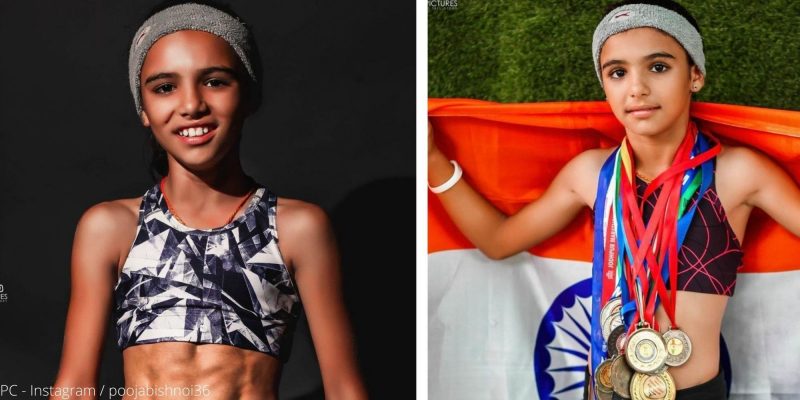 Pooja Bishnoi, The 10-year-old Indian athlete from Jodhpur, has become a public figure. Because of her hard work and determination, she gained the title of “India’s Youngest athlete”. The athlete is the daughter of a farmer and a homemaker and earned a name for herself in the sports world at a very young age. She works hard day and night to make her dream of winning the Olympics for India.

It all started when she was asked to compete in a race along with some boys, and she lost. So her coach Sarwan Budiya decided to train her. Pooja Bishnoi trained hard and soon defeated boys in races like a champion. She trains twice a day, in morning and evening. She hardly does any social meetings due to lack of time. Pooja Bishnoi follows a proper diet to complete her fitness goals. Another record that she broke was by becoming the first youngest girl in the world to have six-pack abs.

Through out her struggle, Her coach Sarwan took care of everything as her parents couldn’t afford to maintain her requirements for being fit and get trained.

When Pooja Bishnoi was just 6 years old, she ran in a marathon held in Jodhpur and completed 10 kilometers in 48 minutes only. People there were stunned to see a small girl performing so wonderful.

Later in year 2019, Virat kohli foundation came forward to support such talent and hardwork by taking responisbility for her training and fitness requirements. In Sportygo Tournament held in Delhi, the Pooja created a world record.

After winning many gold medals in various categories like 3000 meters, 1500 meters, and 800 meters both the athlete and her coach are now focused on winning gold in Olympics for India.

Since she saw the dream of gold in the Olympics, a fire has been ignited inside her to work hard breathlessly for her dream. Pooja has become a sensation in the world of sports. She is a motivation to millions of people out there. She is also known as “The athlete angel of India”. When asked about what she wants to in her future she said “My sport is my passion and I am training hard for my dreams to become an international athlete. My coach is also sweating hard along with me for a single dream which is to make me the next world champion. Right now, only athletics is in my mind, and it’s my only passion.” 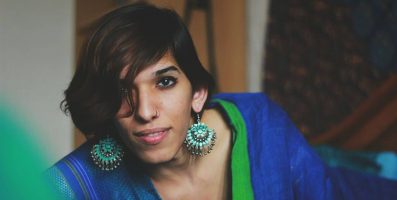 In a recent tweet, she can be seen requesting the Rajasthan government to help her and more than 100 athletes as they face problems due to a group of football players. According to her, the coach asks the player to intentionally play on the tracks so that the athlete can’t practice. Pooja says that those football players need to be restricted from doing so because their foul play can cause the athletes injuries and may ruin their careers.

She motivates all of us through her social media accounts, inspiring young girls and many others to achieve their goals. In her influencing shadow, her little brother, Kuldeep Bishnoi has now also joined Pooja. In a picture he can be seen having sex-pack-abs just like her sister in such a small age.

Story of Pooja is very inspirational and motivational. She have a whole life to make amazing career as an athlete, we wish her success for all her dreams to come true. Her dedication and will power can be seen through her pictures on her accounts.