Pooja Bishnoi – The 9-year-old youngest girl in the world with six-pack abs, Working hard to win an Olympic medal for India 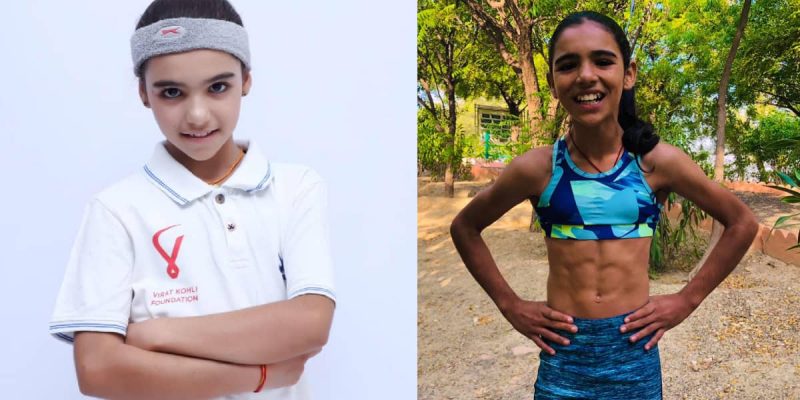 At an age when children run in the playground trying to catch their friends, Pooja Bishnoi, a girl hailing from Jodhpur in Rajasthan has bagged several medals and is a holder of the world record in athletics. Have we ever thought about doing so? Hardly few of us have, but this little girl has been living her dream since childhood and will for sure make our country proud.

This didn’t happen overnight or in the blink of the eye. It took years of her hard work, dedication, and her coach’s constant support and equally hard work to make her what she is today. Her story is an inspiration itself. Let’s take you through it.

Pooja Bishnoi, a little girl, hailing from a small village Guda Bishnoiyan in Jodhpur, Rajasthan has been practicing day in and day out for the Olympics. Her coach, Sarwan Budiya, who is also her uncle by relation, works equally hard and trains her for Olympics 2024.

Pooja Bishnoi parents Ashok Bishnoi, a farmer, and Mima Devi, a homemaker are supportive of her dreams and immensely proud of her achievements she made at this little age. Her younger brother Kuldeep, who is 4-years-old has also been training hard for pursuing a career in sports.

The Beginning of the Dream

The journey began when Pooja Bishnoi was asked to run with a few boys by her coach Sarwan Budiya. Pooja Bishnoi lost the race, and that’s when her coach decided to train and the fire in her belly rose. According to her coach, she had run well but could have done better with some more training.

Sarwan himself was a sportsperson but due to a severe hamstring injury, he had to give up on sports. Under her coach’s training, Pooja successfully defeated the boys this time. He said that the closest boy who was chasing her was 20 meters away. Along with beating boys in the race, she also broke a line of records. One of them is being the first youngest girl in the world to have six-pack abs.

Ever since Pooja started her journey, Pooja Bishnoi has been unstoppable. She wakes up at 3 a.m. every day without fail for training. Her training continues till 7 or 8 in the morning. After the completion of her training, she attends her classes till 2 p.m and takes some rest for some time. She gets ready for her training again from 4 in the evening, which continues till 8. 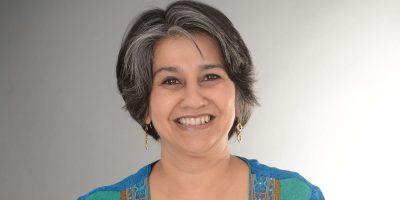 Her schedule hardly has time for any type of social meetings. She maintains a strict diet to complement her fitness, which includes fruits, dry fruits, and proteins, and she sleeps by 10 p.m.

As the saying goes, “No good thing comes easy” it wasn’t a cakewalk for her either. As both her parents are farmers, they couldn’t afford her training and dietary requirements, but her coach took care of it all.

In the year 2017, when Pooja was only 6 years old, she successfully covered 10km in 48 minutes in a marathon that was held in Jodhpur. People were spellbound by her impressive abs at that young age.

Things changed when Virat Kohli Foundation came forward to support her training and dietary requirements in 2019 after checking her training videos and prior achievements. That same year, she made it to the Sportygo Tournament in Delhi and created a world record.

Pooja has also received several gold medals in different categories like 3000 meters, 1500 meters, and 800 meters to name a few. When Pooja had initially started, her coach’s focus was on fulfilling his unfulfilled dream but after seeing her progress the target is now winning the Olympic gold medal for the country.