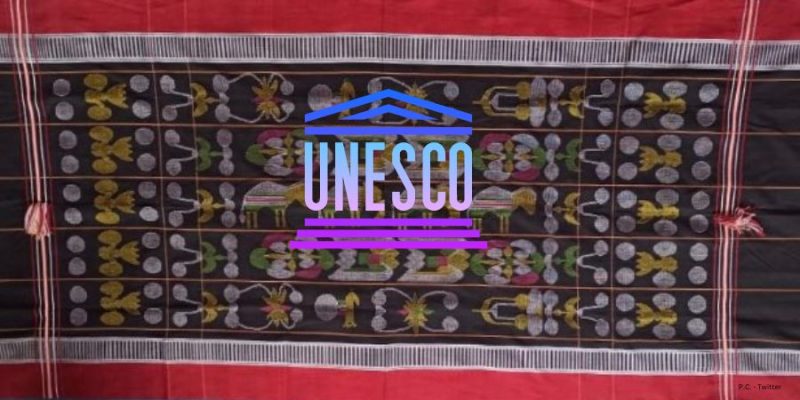 Shaphee Lanphee is a unique indigenous Manipur weaving handcraft with profound themes. But as time passed, such a unique piece of art gradually lost its position owing to a lack of public knowledge of the handicraft’s relationship with our cultural & historical values.

But recently 4 handmade weaving traditional textiles of Northeast India were included in a UNESCO report titled ‘Handmade for the Twenty-First Century. The forgotten art form of Shaphee Lanphee native to Manipur is one of them.

Weaving a Heritage Through Time

Shaphee Lanphee has historical importance as it was used as Mana Phee (Reward) by Manipur’s rulers as a mark of respect to his valiant warriors who returned home victorious after a fight. During the time of King Medingu Loiyumba (1074-1122), the Loiyumba Sinyen puya, which recorded the partition of vocations to every Meetei Shagei (surname), weaving of Shafi Lanphee was allocated to Khoisnam surname.

Up to the Second World War, Khoisnam women have been seen weaving. And belonging to Khoinam claim is a lady named Nalini Devi, a living marvel of a legendry linage.

The protagonist of this story is a fighter in disguise who kept this art form alive until the end of time & no one knew she was weaving a legacy in their home, which one day was to be acknowledged by the whole world.

Maisnam Nalini Devi, a weaver of Wangkhei Yonglan Leirak village, ventured into the business of making Shaphee Lanphee & never looked back. When passion drives your energy, nothing can stop you, Nalini just like Folk Dancer Padma Shree Ramchandra Manjhi was driven by the force of situation & passion.

For years, Nalini has worked tirelessly to foster the Shaphee Lanphee trade, which she learned from her mother. To save the dying trade, today she is teaching several local female trainees who will carry on the tradition for future years.

Daughter of Maisnam Ibohal & Keinahanbi Devi, Maisnam Nalini Devi was born on March 1, 1958. Her father passed away when she was a youngster. Her widowed mother managed to support her family and send her kids to school using her limited weaving earnings. Her mother, Keinahanbi, who received a state prize in 1992 for fostering the handicraft Shaphi Lanphee, was able to cover the family’s costs by embroidering Saphee Lanphee.

Nalini & her younger sister Anita followed in their mother’s footsteps, learning the craft of Shaphee Lanphee weaving and embroidery from their late mother. In 1992, her sister Maisnam Anita earned the state prize for Shaphee Lanphee.

Unfortunately, her sister Anita died, leaving her as the sole artist carrying on the family tradition of Shaphee Lanphee craft. Nalini, like her late mother & sister, received a state award for Mastercraftsperson in 2009 in honour of her outstanding performance in the craft.
The Nongpok Panthoibi Award, 2011 was bestowed upon her by the Panthoibi Cultural Research Centre of Performing Arts in honour of her tireless efforts to promote the rare traditional handcraft Shaphee Lanphee.

The family’s handloom enterprise undoubtedly flourished during their prime period. However, once Anita died, Nalini was left to go on alone. Alone but determined Nalini continued on the heritage of this skill. She exhibited the uncommon Manipuri handcraft Shaphi Lanphi at several state and national handloom shows.

Nalini married Ningombam Romi Singh of Singjamei and they had a daughter. but her time was only meant for the parishing art form and destiny had things planned that way.

She suffered her husband’s unexpected death but even after that did not give up. After her husband died, she returned to her maternal home with her daughter & raised her daughter alone, adopting the weaving skill to carry on the family tradition in Saphee Lanphee full-time. 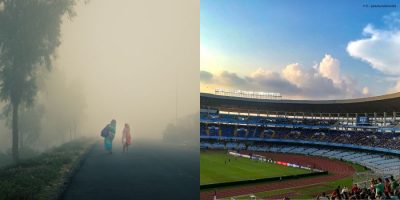 She took a Rs 5,000 loan to purchase threads and pay her wages. Then, she started selling her items in the local marketplace but did not make much money, but she never gave up. She dug a little more into the world & found herself more lucrative outlets through fairs & festival stalls in other cities and towns as well as at handloom houses.

The tribal area was short on facilities like light & electricity. She was tired of relying on kerosene & candles due to the intermittent supply of electricity, so the weaving fighter purchased solar lamps for herself. she got a study lamp, an Accendo lamp, and two Mini Household Lighting systems in intervals after saving some money from her sale. Solarshowed up as a huge help to her weaving.

Today, more than15 female trainees are studying the Saphee Lanphee trade under her supervision. Handloom items manufactured with the help of female employees are marketed in different markets. A weaving worker might earn Rs. 300 for embroidering a Shaphee Lanphee completely.

For her, this craft has been a flourishing business, with the product’s demand progressively expanding to the point that, without her spouse, she is able to pay some of her daughter’s MBBS course expenditures.

The weaving legend received third place in the best stall in the product innovation and best display categories in the second Eco Craft bazaar organised by the Creations Society for Handicrafts and Goodwill held from March 15th to 24th, 2007 at Mapal Kangjeibung, second place in the state-level handloom and handicraft competition, 2007, organised by Ima Manipur Handloom & Handicraft Development Association, and best stall award in the second Basanta Craft Bazar competition, 2008. She has given a superb masterpiece Shaphee Lanphee shawl produced to the Shilheipung Skill Museum for proper conservation and presentation of the dwindling craft.

This traditional handloom product is elegantly crafted and stitched with several important themes. Sun, stars, spear, horse fish, peacock, Pphantup, iroimachi (Buffalo horn), and elephant are among the motifs. For many years, tribes in Manipur and Nagaland have valued the skill Shanphee Lanphee, which is typically weaved by Meetei women.

The craft, which consists of several symbolic themes, is woven on a loom or waist loom & then embroidered with motifs. This traditional handcraft is in high demand as a decorative item on the worldwide market. Other handcrafted goods with simplified Shaphee Lanphee themes, including bed covers, shawls, waistcoats, curtains scarves, & bags have made the craft more popular and well-liked in the worldwide market.

We are a generation which is busy building tall monsters of concrete but when it comes to building heritage, we are not doing much, to be honest. But like Nalini there are some crazy heads working in a new way to get back to the old art, one such example is – Froggmag Who Is Making Folk Art Easy.

Feature UNESCO recognised Saphee Lanphee’s beauty and time-tested grace, but it was Nalini Devi’s persistent hard work and love that kept the artform alive for the UNESCO team to witness. Kudos to this weaving legend. Kudos to the Indian heritage.