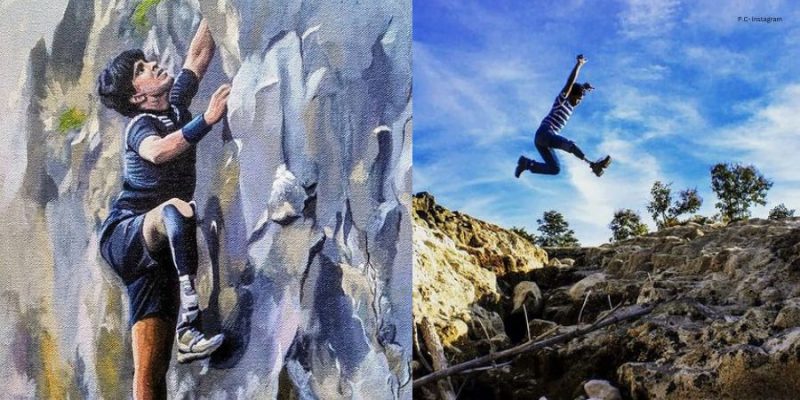 “Stop at nothing”, Mr Ashok Munne has proven this phase in all possible ways. He is a fighter, a real-life hero. He would be the perfect example of someone who personifies guts and perseverance. The multi-talented para-athlete and mountaineer holds several awards and honours in his name. He is the receptor of the Shivraj Pratisthan Gaurav Award 2012, Maa Tujhe Salam Award 2014, and Maharashtra Times Nagpur Rising Award 2014. He must be rightly called One legged fighter of India.

This is the story of a commoner turning into an extraordinary by his courage and hard work. He took – “on top of the world” too literally and decided to summit Mt. Everest. It might not sound astonishing to you yet but what will interest you is the life journey of The one-legged wonder of India- MR ASHOK MUNNE

Fighter – Who Stop At Nothing

Back in 2008, Mr Munne met with a train accident and he lost one leg at the age of 19. The unfortunate incident led him into depression and the grey experience he had during medication made it even worst. He soon was diagnosed with chronic asthma. The young man lost all hopes of life and was left with just one ill-treated leg and several followed up diseases. The situation worsened because of financial constraints.

When there was no ray of hope he felt stuck & hopeless about life. Ashok, who acknowledges not having been a big reader, began reading the Dhammo Sanantano by Osho.

The Book That Changed A life

Ashok began reading Osho’s Dhammo Sanantano despite admitting he was never much of a reader.

It was as though a fire had been sparked in my thoughts. I could see that my own negativity was bringing me down, not the fact that I only had one leg. I chose to alter my thinking throughout the course of the following six months,”

We have limited some valuable teaching just till our primary school. “Reading is a good habit” taught us in our 5-grade social science book but who thought of actually taking it down in one’s life?

Who would have thought that a single book could change a person’s life upside-down and bring a new ray of hope to his life?

The Only Thing That Is Stopping You Is YOU

The enlightening moment of our fighter’s life was not too far. He spent the next nine months concentrating on breathing exercises and was able to overcome his chronic asthma. He started working out and going outside. And just like that, his life abruptly transformed. As Ashok puts it, “Chamatkar,” or the magic, occurred. 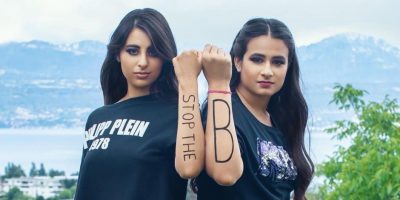 Even after so many adversities one fine day Mr Ashok decided to climb the highest mt. in the world, Mr Everest. The sudden idea was ignited in his mind while he was watching a tv report where a girl was interviewed about successfully climbing Everest.

Ashok made the decision to follow a fitness regimen and climb lowering heights. He took up cycling, running, and swimming seriously. He acquired a 500 Rupees prosthetic limb and conquered Maharashtra’s Kalsubai and Patalkot peaks. The public was enthralled by his accomplishments while hiking the flimsy and cumbersome “Jaipur Foot.”

He started to get the ‘lime light’ and was praised by many newspapers. This accomplishment caught the eye of the industry leader in prosthetics, P & O. They gave Ashok a prosthetic leg valued at Rs. 5.5 lakhs. This allowed him to climb Nepal’s 21,247-foot-tall Mera Peak, making him the first person with a physical impairment to do so.

Where There Is Will, There Is A Mountain

In 2012, he continued his ascent of Nepal’s Mera Peak without using oxygen, rising to a height of 6,476 metres. His longtime goal of taking part in the Raid de Himalaya, one of the toughest rallies in the world, has been fulfilled. One-legged Fighter Mr Munne and Vinod Rawat of Mumbai became the first Paralympians in history to participate in a motorcycle event.

The one-legged fighter did what not everyone can even think of. The one-legged Fighter did not let his adversity block his way and crossed that extra mile towards his dream. The hero is still working hard to achieve the dream that he has dreamt of “Reaching the top of the world- mt.Everest” without failing to be grateful to the world and contributing his bit. o

The one-legged Fighter has always held the view that the best way to give back to the world and inspire as many people as possible is to impart his wisdom. To schoolchildren participating in Martial Arts, Gymnastics, and other sports, he performs live demonstrations of Kung-Fu, Karate, Chakrasana, and Yogasan.

If you love to read more stories like One-legged Fighter Munne’s, you can also read about – Suryakumar Yadav, India’s New No.4 – who was once ‘Hothead’ Became A ‘Flamboyant Batsman’