Nandita, A Cab Driver On Mom Duty At The Same Time Amuses & Inspires CEO Of CloudSEK – Story Worth An “Aww” 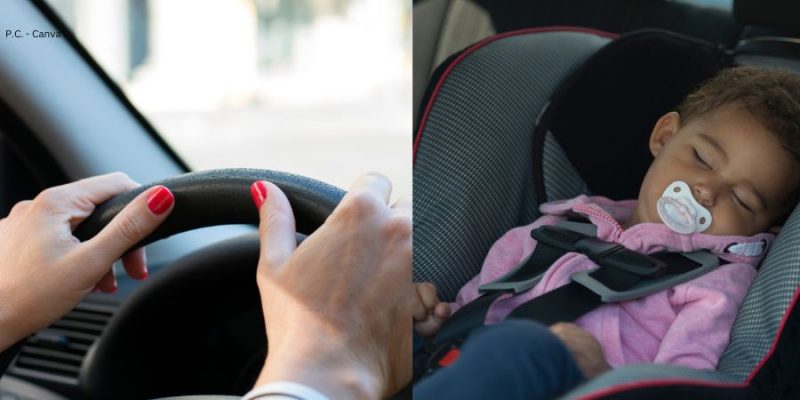 Every day we talk about some or the other heroes who create a better world for all of us or for themselves. & while working on this journey mothers have stunned us the most. Be it this Faridabad Mother who Opens Crockery Bank To Fight Disposable Plastic Menace – & Replaced 5 Lakh Plastic Plates From Roads or Ronita Krishna Sharma Rekhi who became a mother to infants who lost their mothers to Covid-19 & breastfeed infants

Stories about strong & confident women are really nothing new in our everyday lives now. Women face problems at every step of their life, from getting independence to safety everything is a war to win. But even after being Faced with failure, these women could teach us how to get back on our feet with whatever pulling us down. And the story of this female cab driver of uber in Bengaluru is a valuable addition to the genre of strong women.

Rahul Sasi, the co-founder of a firm called CloudSEK, shared Nandini’s story on LinkedIn. Sasi had pre-booked an Uber and was surprised to see a lady driver arrive to pick Sasi up for the trip. It was his friend who scheduled an Uber for him the other day, the friend certainly didn’t know what a great experience he was unknowingly packing for Rahul.

As soon as Rahul stepped into the car, he noticed a child sleeping in the front seat. He tried to avoid the talk with the on-duty driver but couldn’t resist himself & ended up asking, “Mam, is that your daughter?”

The cab driver replied with a smile – “Yes, sir. My daughter is on vacation right now; thus, I am working & babysitting at the same time, working on both mom duty as well as driver duty.”

As the conversation grew Rahul realised that Nandini’s life story is a rollercoaster ride. And believe us, her story will make you admire her even more. Sasi shared Nandini’s story through his LinkedIn, and it got a lot of ‘heart reactions’ throughout the country.

She wished to be a businesswoman, & to make this dream a reality she collected all her hard-earned money & started a food truck. Everything was going exactly as planned but then the horrifying covid happened, and she lost all of her money to it. Her business got shut in the blink of an eye & she was left hopeless with no financial add at hand. 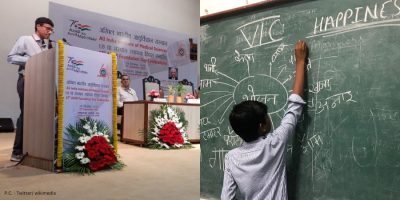 Life Story Of The New AIIMS Director - Dr. Srinivas, Will Alter How You Feel About Success & Schooling

Cab Driver – The mom on duty

The thing about nature and women is that they are flexible, but flexible at such length that no bend can break them. Instead of leaving hope & crying in the corner, Nandita started writing on a new page of life.

She began driving for Uber & is still on duty. The cab driver works 12 hours a day and if life offered her more hardship she was all set to face them with a hammer in hand. Time ripped her pocket but it was unsuccessful in ripping her spirit. The cab driver is fine working for even longer hours if necessary as the cab driver wishes to save enough money again & restart her lost business. Inspiring, isn’t it?

Rahul Sasi was both amused & inspired by this fighter dressed as a cab driver on duty, When the trip ended, he asked if he could take a pic with her and post the cab driver’s story online.

Rahul’s online post created a buzz on the cab driver’s story & many people came in appreciation for Nandita. Adding to the admirer’s list Uber country head Prabhjeet Singh reached out to Sasi and offered support and appreciation to her.

Just one post introduced a mother hero on duty, that’s what we call the power of the internet. Waves of luck to the cab driver & kudos to Rahul Sasi.