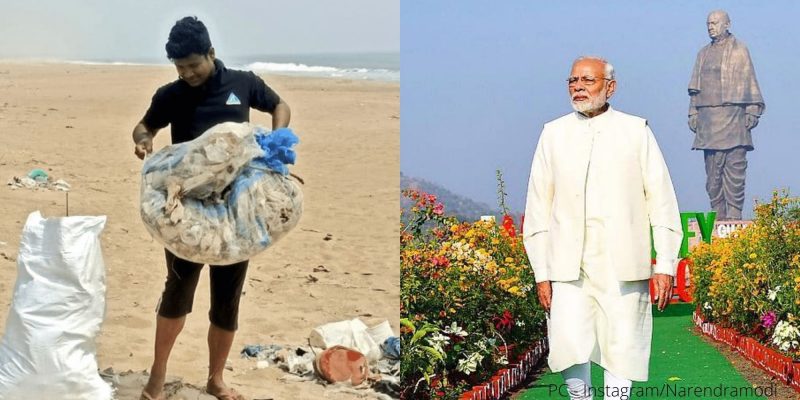 When Rahul Maharana, a security guard who works for a private enterprise in Odisha, first learned about climate change, he was in Class 12.

In 2018, he learned about the severe consequences of plastic pollution mismanagement on the environment through a college awareness campaign. The findings astounded and dismayed him.

Every Sunday morning, Rahul Maharana of Khurda travels to the Devi estuary in Astaranga in Puri district along with a gunny bag on his back and gathers all waste on the beach’s shore and in the mangrove cover.

Rahul decided to intervene and started collecting trash from several locations, including Olive Ridley turtle nesting sites in Rushikulya, Pir Jahania beach, and others. From these regions, he collected 500 bags of trash. However, he realized that cleaning many locations would make it very difficult to adequately quantify the impact on changing.

He chose Astaranga Beach as the focus of his cleaning efforts. In the Puri district, also features the only mangrove plantation. He has now retrieved nearly a tonne of plastic waste on his own.

He has been cleaning the Odisha beach on regular basis for the past three months, gathering over 1170 kg from several locations across the state, including Puri, Pir Jahania beach, Rushikulya mass nesting site, and other locations. Most importantly, he has been doing it with his money.

Prime Minister Narendra Modi called Rahul a “Swachhagrahi” and recognized and applauded his work in Mann Ki Baat for his clean-up drives on Odisha beach.

What Drove Rahul To Take Up This Initiative?

Rahul was worried about the mangrove on the seashore. As a result, he initiated a clean-up campaign to safeguard the estuary from waste and harmful materials while also reviving the wetland’s mangrove trees.

Rahul will transport approximately 1 tonne of garbage to Konark, where it will be safely disposed of.

People living along the river’s banks throw the trash into the river, which ends up in the estuary, posing major issues for the area’s mangrove environment. Despite the fact that mangroves serve an important role in defending the land from storms and sea incursion during tidal surges, there is little knowledge of their importance. 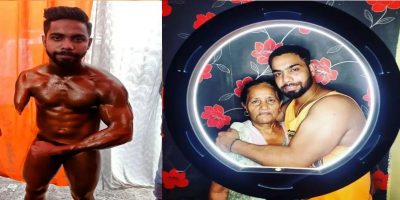 Read The Heartwarming Story Of Tajinder Mehra, Born With One Hand And Went On To Become Mr. Delhi

Puri’s mangrove cover has been depleted in the previous two years, according to the Forest Survey of India, for a variety of causes.

The coastal vegetation covers roughly 259 square kilometers in five districts: Kendrapara, Balasore, Bhadrak, Jagatsinghpur, and Puri, which is around 8 square kilometers more than the previous evaluation in 2019.

Mangroves are essential for protecting land and coastal inhabitants from cyclones. Such trash, particularly plastic, chokes, and stunts the growth of mangroves. Puri has only 1.13 square kilometers of mangrove, which is rapidly dwindling. According to the Forest Survey of India (FSI), the forest cover has fallen by 0.2% in the last two years.

He’s been heading towards a solitary mission every Sunday morning since January 2022. He collects various forms of trash littered on the Odisha beach with a jute sack. He covered the seashore as well as a nearby mangrove plantation.

The garbage is frequently buried or covered behind dirt or sand. Some of the trash from the sea is deposited by the waves. It’s difficult to deal with contaminated and odorous waste. However, everything must be cleared.

Rahul is determined to keep driving as long as he possibly can. He also intends to hold awareness camps in villages to educate residents about the dangers of pollution and the need of maintaining mangroves. 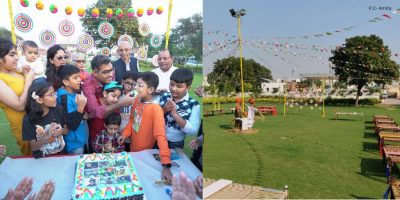 This Eco-friendly Birthday Theme Party Will Blow Your Mind, No Ballons No glitter – They Had A Tractor For Entertainment 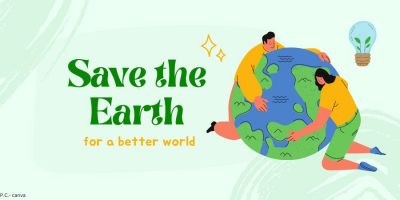