When was the last time you’ve been passionate about something and worked hard for it? Well, what can be described as a Do-it-yourself project, Bilal Ahmed spent 11 years toiling to make a solar car. The Kashmiri man merged innovation with luxury as he built a solar-powered car.

Bilal Ahmed was always an automobile enthusiast. What was once his passion turned into a dedicated project. In the backyard of his home, he created the solar car of his dreams taking him 11 years.

As fuel prices are soaring through the roof, people are looking for an alternative transportation. Bilal Ahmed, with his creative solution designed a solar car – a car powered by solar energy.

Mad4India brings an innovative story where sustainability and technology perfectly pair to craft a solar car by a maths teacher from Kashmir.

A maths teacher by profession. Bilal Ahmed has received applause and immense appreciation for crafting a solar-powered car. A resident of Sanat Nagar, Srinagar, Bilal was always passionate about cars. He used to study luxurious vehicles and the ways manufacturers built these machines.

Bilal Ahmed combined style with innovation and created something futuristic that left the online viewers stunned.

The solar car has a door opening like a luxury car. It is a step toward electric automobiles in India that can change the future of the automotive industry.

Whereas many are awaiting to see Elon Musk launching his Tesla operation, India got to see its own Elon Musk in Bilal Ahmed with the soft-launching of the solar car. Ahmed has worked on this project for decades. He studied cars manufactured in the 1950s and understood every bit of it.

Bilal Ahmed hopes to bring solar cars on the road. He wants to manufacture luxurious yet affordable vehicles for the people.

A maths teacher from Srinagar has managed to lure the Indian audience with his visionary idea and share the creative ideas of how a man can combine sustainability with technology and create something that will benefit society.

Solar cars have become the talk of the town as it has solar cells. It powers itself from sunlight. 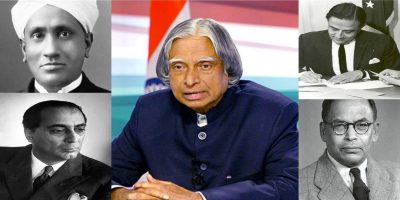 In 2009, the innovator decided to modify his vehicle into a solar car. After years of devotion and hard work, t. this year the car was completed. The electric vehicle will only run on the electrical energy generated by the monocrystalline solar panels.

Bilal Ahmed watched tons of videos initially when he started modifying the car, but eventually started adding new features. When he started the project, he thought of building a feasible automobile for disabled people, but due to financial conditions, Bilal couldn’t do it.

There is always an inspiration for everyone to start something. It was the same for Bilal Ahmed. He noticed that cars like Mercedes, BMW, and Ferrari are top-notch cars. It is a dream for people to afford it. Keeping this in mind, he catered to building a solar car to give the feeling of a luxury car to people.

To make the dream of the solar car come true, Ahmed sourced the solar panels from a manufacturer in Chennai. He selected panels that would churn out enough power in low light. There are many features in the car that makes the vehicle approachable. From its regenerative brakes to gullwing doors equipped with solar panels, it’s life-changing for many users.

Mad4India shares best wishes to Bilal Ahmed for his innovation and hopes to cover more of such young minds who explore solar cars. Hope he receives the recognition he deserves!

If you loved reading this story, you can also read about Charge While You Paddle Your Cycle, Indian Inventor’s Device Converts Normal Bicycle Into Electric Cycle