5 Indian Villages That The World Needs To Visit Right Now 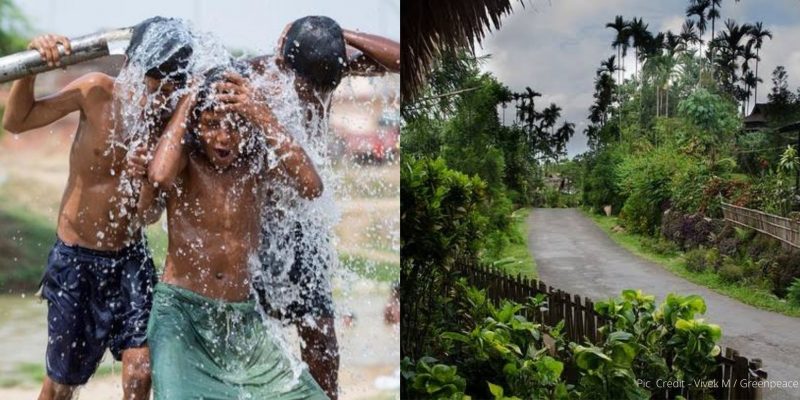 When we ask you to imagine Indian villages, what would the picture be? Poor roads, Kutcha House, Domestic Animals, and Poor drainage system…More or less the same thing right?

“The Soul Of India Lives In The Villages” – Mahatma Gandhi

Seventy percent of Indians which is about one-tenth of the population of the world live in Rural Areas that are Indian Villages. This stat draws our attention to rural India which is a focal point on issues of national and international concern when it comes to the impact of population growth and development on natural resources; lack of sanitation and its impact on health; sewage pollution and the flow of pesticides; soil and desert losses due to erosion, overgrazing, and deforestation.

Well, over the years Indian villages are fighting their way back to poverty and made considerable efforts to adapt to resourceful changes without losing their cultural heritage.

While Chilling in the comfort of our AC homes or workplaces, we could not even imagine one hour with a power cut. But in Dharnai, a village near Bodhgaya in Bihar that had been in darkness for 30 years, electricity was like a dream come true.

Like other energy sources, the rural people in the area use hazardous fuels such as kerosene, cow dung, lamps, and firewood for cooking and lighting.

According to the World Health Organisation, more than 4 million people die prematurely from disease as a result of air pollution caused by cooking with these harmful and deadly oils.

The Commencement of Solar power has changed the lives of local people, especially women and children. It allows children to read even afternoon and removes the restriction for women to prepare dinner before dark. In addition, the women of Dharnai can go out in the dark because of the traffic lights.

This work started on 20th July in the year of 2014, at an initial cost of approximately Rs. 3 Crore. It made Dharnai the first city in India to be fully powered by the sun.

Solar pumps provide farmers with access to clean water. People are now able to charge their cell phones regularly, and the internet world is completely open to the people of Dharnai.

Punsari village in the Sabarkantha region of Gujarat has found a place on the map to achieve what few Indian villages have. This Indian village was mentioned by PM Modi while announcing the Adarsh ​​Gram Yojna. This small Indian village of 6000 people is called the modern model village because of the development it has witnessed in the last 7 years.

Punsari follows the Panchayati raj system but has left any city or town behind due to its facilities such as 100 percent purified drinking water, drainage system, toilets, electricity, waste management system, and wi-fi throughout cities.

All these developments began when 23-year-old Himanshu Patel was elected as a Punan Sarpanch in 2006. Young Sarpanch committed to transforming the face of indian villages into a modern model village during his tenure from 2006-to 2014. Punsari has won several awards including the ‘Adarsh ​​Gram Award’ and has been recognized as a modern model town by the Central and Regional governments.

Today Punsari serves as a model in almost 7 lakh indian villages of the country. Visitors keep coming down to learn the model. Himanshu makes the village what it is in 7 years with 14 crores funding from the District and Local Government. 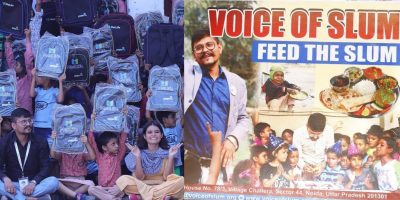 One of The first Indian villages in the Telangana region to conquer Nirmal Puraskar in 2004-05, Ramchandrapur focused on the last ten years when residents promised to give their eyes to the visually impaired.

Among the many benefits we have achieved, all the houses in the village have smoke-free toilets and water toilets. The first village in the province to build an underground dyke in a nearby river to solve drinking water problems by building two upper tanks in each house.

The village does not have a drainage system and all the water from each house is transferred to gardens, which are planted by residents in each house.

In the small indian village of Mawlynnong, plastic is banned, the roads are lined with flowers, bamboo drums stand at every corner, volunteers sweep the streets from time to time, and large billboards warn visitors to dispose of garbage. Here, collecting is a practice that everyone – from young to toothless grandmothers – takes for granted.

Thanks to the tireless efforts of the rural community, this small house of 600 people in Meghalaya today is known as the cleanest village in India and Asia.

Cleanliness is a way of life in Mawlynnong Village! All the houses here have had functional toilets since 2007, there are bamboo barrels all over the place, even dried leaves fall from trees into the dustbin, plastic bags are banned, and smoking is not allowed. Laws are strictly enforced and violators are severely punished.

Not only that, Mawlynnong finds its own compost that is transformed from garbage dug into a pit. People not only clean their houses, but they also go out to sweep the streets, and planting trees is a part of their lives.

Piplantri is a one of the indian villages located in the Rajsamand region of Rajasthan Province, India. Residents of Piplantri plant 111 trees every time a baby girl is born and the community ensures that these trees survive, bearing fruit as the girls grow older. To ensure financial security, after the birth of a girl child, locals donate Rs 21,000 jointly and take Rs. 10,000 from the parents and deposit it in a fixed deposit, which may be withdrawn when they turn 20 years old. Ensuring that the baby girl gets it, proper education, citizens make parents sign an affidavit barring them from marrying, before she reaches the legal age of marriage.

In a land that is still in love with the birth of a son, the town of Piplantri in Rajasthan not only embraces girls but also creates a culture that benefits local people and the planet. This beloved village made a concerted effort to save the baby girls and the spread a green blanket on the mother earth at the same time, by planting 111 trees every time a girl was born. A clever exercise of eco-feminism, this should inspire India and change the way rest of the world looks at indian villages.The world needs to visit these Indian villages now.

If you liked reading about these Indian villages, do read about A unique co-working in the mountains for Indian techies, Best place to heal your mind and body – Ghoomakad

If you know more inspirational stories about a person, company, new idea, or social initiative, and want us to write it on mad4india.com, share such information with us on Facebook  LinkedIn, and Instagram