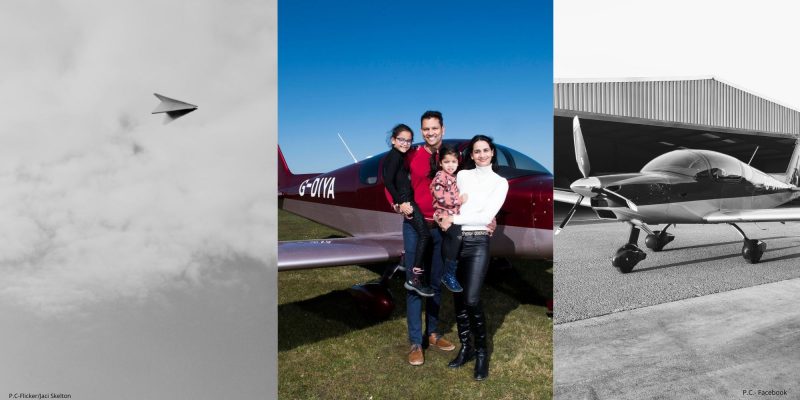 The year 2020 was a major hit for most of us, some lost their loved ones, some lost their jobs, while most of us lost the most valuable time of our life watching the screens of our phones. Yet there were some creating things in their rooms, some created art, while some created great food but this guy who built an aeroplane for himself! While we all were cursing corona, this UK-based Indian auto engineer was constructing an aircraft!

The Man Who Loved AEROPLANE

Ashok Thamarakshan is a native of Alappuzha, Kerala. His father is former MLA A. V. Thamarakshan, an RSP leader. Ashok graduated from NSS Engineering College in Palakkad with a degree in mechanical engineering. In the year 2006, he moved to the UK to work for Ford.

As a child, he would make paper planes and play with them. Who knew this child would turn his paper planes into a real aeroplane one day and travel the world?

“Aeroplanes have interested me since I was a child. After I arrived in the UK and made myself at home, I was determined to purchase my own aircraft. I obtained my pilot’s licence and began looking for aircraft, but I realised that it will cost me between Rs. 5 and 6 crore,”

But those with dedicated missions always have a plan B. Ashok’s plan B was to construct one. He started his research and soon decided to initiate the project of creating his aircraft.

Thamarakshan realised he would need his plane if he wanted to take his family with him on his journeys, but four-seater aeroplanes are rare and difficult to buy.

“Many people are creating miniature aeroplanes in the UK and other nations. The components are easily accessible, he claimed. I bought the avionics equipment from the US, got an Austrian engine , and the parts for my plane from South Africa. In Essex, I created a workshop, and in April 2020, started working on it.”

He was able to concentrate on this project, and for that, the credit goes to the Covid-induced shutdown and suspensions of his company’s operations due to the pandemic.

He first chose to construct a two-seater aircraft. But he realised that a four-seater plane would be needed for a trip with his wife and two children. He made his mind clear and got his hands working on the machine.

Everyone needs someone to guide them through, indeed it was an individual project and he was under house arrest due to the lockdown. But the UK Civil Aviation Authority still kept an eye on his work and each stage of construction was only completed with their inspection and consent. 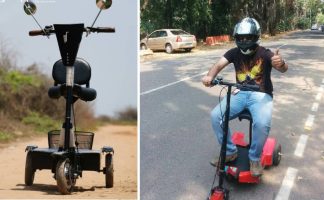 Ashok’s story is full of determination and grit. His story shows us that if you are passionate about solving a problem, no one can stop you. You should also read an inspiring story of Gursaurabh Singh, who was passionate about converting a normal bicycle into an electric bicycle.

Finally, when the paper plane became the actual aeroplane, he named it G-Diya (G is the country code). He named it after his younger daughter’s name, Diya.

The aeroplane has a carrying capacity of 950kg, which includes four passengers, and weighs 520kg. It has an hourly speed of 250 kilometres. According to Ashok, it cost him Rs 1.8 crore and 1,500 hours to build the plane, they regularly tested it out for three months before approving it for flight.

Ashok with his two pals travelled to Austria, France, the Czech Republic, and Germany after receiving permission to fly. The aircraft has flown for 86 hours as of now. He is in India for a family holiday, after reaching the UK he will be planning future travels.

“The UK and other countries have very few legal snags when it comes to building aeroplanes. It’s just like making a vehicle here. I learned about a Johannesburg-based company, Sling Aircraft, launching a new aircraft named Sling TSI in 2018, so I took inspiration from that”

Abhilasha Dubey, his wife, is an Indore native who works as an insurance data analyst in the UK. Their older daughter is Thara.

“We began setting aside money during the first shutdown because we knew we would buy our own jet one day. We decided to make our own plane because we had made significant savings throughout the first few months.”

Passion takes you places, one such example is – Molly Joy, 61-YO Kerala Women Who Runs A Grocery Store And Has Travelled to 11 Countries With Her Savings. Similarly, Ashok and his family have been to numerous nations on their single-engine Sling TSi, which Thamarakshan has dubbed G-Diya, these nations include Germany, Austria, and the Czech Republic. They plan to cover all the possible destinations in Europe.

Ashok’s creation has filled each Indian with pride and astonishment. People worldwide are going mad for this creation, and we are going Mad4India.

If you know more inspirational stories about a person, company, new idea, or social initiative, and want us to write them on mad4india.