From living In A Rented House To Organising The State’s First Self-Funded Art Exhibition, ‘Jackal’ Sets A New Trend In Mizoram’s Art 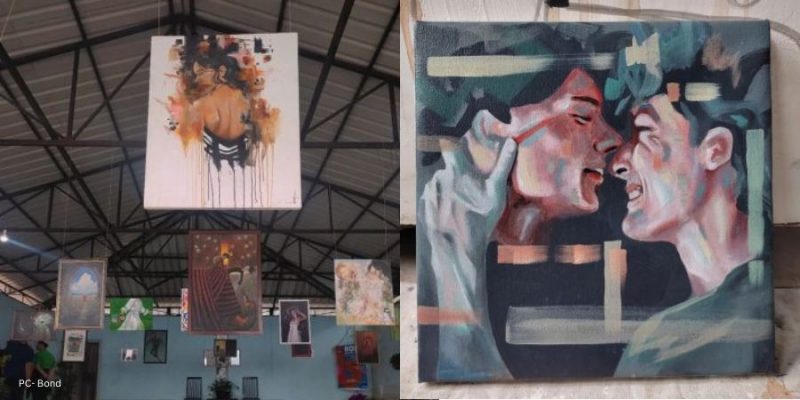 ‘Bond: Beyond Borders’ aspires to bridge borders and transcend people’s perspectives & Jackal was the hand & brain behind this successful art exhibition held in the hill state of Mizoram.

Bond: Beyond Boundaries is an art exhibition that aims to bridge borders and transcend Mizoram’s current perspectives on the relationships with narratives, things, people, way of life, concepts,  and art in general. It emphasises what artists perceive in the ordinary, surreal, and abstract, as opposed to the realism-based landscapes & portraits sanctioned and promoted in Mizoram’s mainstream art styles.

The seven Sister are a hidden unexplored treasure of India, there are many folk art forms just as Shaphee Lanphee A Forgotten Art Form Of Manipur Given UNESCO Title – making their way to the world while on the other hand the new age art forms like those curated & created by a jackal & his team.

Lalnunvula Khiangte AKA Jackal first saw art when he was just around 5 years old when his father drew a house on the edge of a calendar. With his family, he was residing in a rented house in their village in Mizoram’s Mamit, but it was his father’s dream to have their own house someday, so he drew it on the rear of their calendar.

Seeing his father’s passion and drawings inspired him to pursue art. He use to spend more time with his art than with his friends as a child. He used to doodle and express himself on paper with a petromax lantern because they didn’t have electricity.

Khiangte wanted to make a living through art, but his dad wanted him to finish his Bachelor’s degree first. They couldn’t afford training in Art, which was only available beyond the state. So he continued on to earn his Bachelor’s degree in History while continuing to pursue his passion in his spare time.

It took nearly ten years to finally construct their own house and bring his father’s sketch to life, and it took over twenty years for Khiangte, better known by his art name Jackal, to realise his dream and be the first person in the state of Mizoram to solo-curate a self-funded art exhibition.

Beyond Borders By Jackal

The 3rd exhibition was self-funded – ‘Bond: Beyond Borders,’ which was held in Aizawl from August 29 to 31. Khiangte established the organisation Studio 8 to carry out his plans for the exhibition, which took ten months to complete. He chose 8 artists from all around the state who he thought would best portray the concept through their art. The artists had two months to create five original works of art on the theme.

He believed that art is expected to be one item, and due to that, the new creator’s work is frequently dismissed. Because of our misunderstandings of art as well as the artists themselves, a line is often drawn between real and ‘not-real’ art.

Our society’s eyes have tropes in its view of art in small states, dismissing modern, virtual, & street art, the finer details of abstract and surrealism, and the complexity of futurism and cubism. This would not be a problem if it did not have a bad impact on the public perception of new-age paintings. New age art’s value drops dramatically when compared to traditional artworks placed on pedestals.

Not Just Self Funded but also self-taught

Beyond Borders will attempt to bridge, if not cross, that chasm and instil a sense of art in the imaginations of those who hoped to see what has never before been the status quo, while paradoxically wishing that individuals arrive with an open mind, holding out hope to see a new way of thought processes.

To break down the gate they maintain on art, to pave the way for a new wave of art and, hopefully, to create a market for it, organizing an art exhibition was felt compulsion by Jackal. It focuses on the fact that the artist might be able to make a living doing what they enjoy.

“It is really challenging to self-fund an exhibition, but if I don’t do it, it will continue to stay undone.”

He waited for somebody to organise something like this for him & many like him to showcase their talent but no one ever showed up. So finally Jackal made the decision that he would be the one to open a gate for all new-age artists. Jackal wished to make his life an independent artist, but the struggle was no less. He had no tools to execute his artwork, therefore he decided to place art pieces of the art show on thin pieces of rope in an open garage-like room. 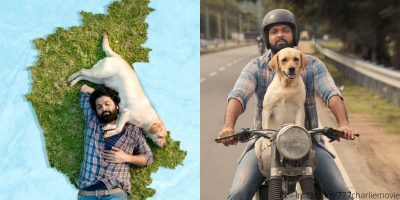 777 Charlie : Heartwarming Movie Starring A Dog Spreads A Word To 'Adopt & Not Shop'

The Future Is A Piece Of Art

He has a number of plans, including organising workshops and introducing online courses. There is no art institution of higher learning in the state, and there are no art critics to assist the artists in improving their art. He wants to push the envelope.

The artists don’t have any stability, they don’t have anyone to lean on. The artists are wonderers of growth & have no guidance to grow on. Jackal was one of them but he now is stubborn to become the touch of light for many other artists like him.

More Than Just An Event – A Road To New World Art

Rivca, a 26-year-old English teacher who discovered her passion for art at the age of three, is one of the exhibition’s eight artists. Five of her artworks are on display in the exhibition, in which she tells stories about human bonds, freedom, fantasy and reality, self-expression, and the concept of time.

A large number of people of the new age group attended the exhibition, and they gratefully received art far beyond the artist’s expectations. The overwhelming response of the audience made Jackal & his team confident of their work as well as enjoyed the journey themselves.

While the government has frequently organised exhibitions & workshops in collaboration with impartial curators and state artists, Khiangte thinks there is much more that could be done. He felt as if these workshops and exhibitions appear to be organised as a formality at times. The government-funded art exhibitions should be more focused & well-planned in a manner for all kinds of artists to show upfront.

It was a self-funded exhibition, which is uncommon in Mizoram as its a very small state that relies too heavily on government agencies, without which a framework for expression is frequently perceived as near impossible. But this young man made possible out of the impossible, he indeed is a new age hope to the art form of India. You can watch more of jackals work on his website or over his Instagram page. The team of Mad4India wishes jackal & his art a colourful stock of luck & wishes.