This Organic Farming Project By A 38 YO Will Bring A Farm To Your Balcony- Need Very Less Space, Ready To Harvest Plants to Your Door Step 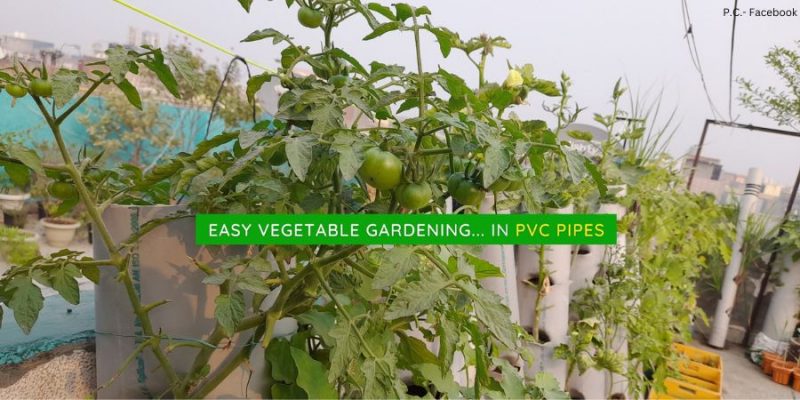 Ballia in Uttar Pradesh is a small agrarian village with basic Indian rural village facilities and resources. 38-year-old Mithilesh Kumar Singh spent much of his youth wandering in the village farms and observing his family labour in the fields. But becoming a farmer or starting an organic farming project was never his future plan.

For education, he had to leave his village and relocate to Azamgarh and eventually to Delhi for work. Mithilesh did his graduation in computer science in 2007 and, like many other young people, travelled to Delhi in search of a good job that pays well and provides him with exposure to learn and grow better. But luck was not a friend and he couldn’t get into any job to his satisfaction. Life had other plans for him, he decided to pursue his first love- writing. He started to work as a content writer.

Mithilesh started working for various platforms & even for an international press content organisation. While he was happy with his employment, he was not well at home in the big city, he felt homesick and missed the open fresh air of his small village in Uttar Pradesh. The environment in the country’s capital was suffocating and unpleasant. He missed his village with its verdant meadows and fresh homey products.

To keep nature alive in their city life he with his spouse Vindhyavasini kept a garden on the terrace. It’s almost impossible to maintain and create a garden in the small apartments of big cities but those who wanna do it, simply pull it. In fact, you can start too with these 6 Easy To Grow & Manage Indoor Plants To Purify Air Around You – Welcome The Freshness Of Nature

Their happy home was the upper floor of an apartment while they utilised the terrace as their little garden and grew some decorative plants on the terrace. But when the epidemic began, they considered producing vegetables as well.

However, when the illness spread quickly throughout the country, the couple retreated to their village for nearly a year. They learnt more about agriculture and its skills throughout that period. This inspired Mithilesh to start an organic vegetable home garden in Delhi. His plan was to produce enough to fulfil his family’s needs and then share the surplus with others for free.

But the struggle in successfully pulling this idea was more than he had imagined, the first being – lack of space. Living in big cities simply means living on a bed and a kitchen, yes they had a terrace with them but it was really difficult for him to accommodate much equipment on the terrace of his small apartment. Creativity is the door to Narnia and that came real for Mithilesh.

Instead of utilising pots or growing in sacks, Mithilesh focused on using PVC pipes in the flat so that in less space more space can be created. Also, Pipes are inexpensive, simple to find, and in this case, saved a lot of space. The best part was, no complicated setup was required for following this method.

Mithilesh expanded his gardens in 2021, using this vertical planting approach. The great part is, it came out to be a very successful method and is finally providing good yield. The couple now plants tomato, chilli, peas, coriander, okra, brinjal, bitter gourd, and many other veggies.

The Pvc garden of Mithilesh got its much-deserved acknowledgement in no time, it grew popular, and slowly many people visited their house to view it. Many people expressed a desire to learn how to construct a similar garden. To help many he developed a gardening website called Veg Roof since he enjoyed writing and had experience with website building. 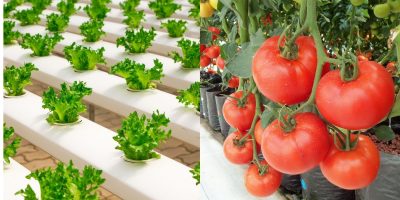 Is Soil-less Farming Really Possible? With Hydroponics Farming Now It Is

This is where the entrepreneur was born. Veg Roof was his first move toward establishing an agricultural business. As a second step, he began filming films and uploading them to his YouTube account. Mithilesh registered Veg Roof in April of 2022.

We all know there is plenty of information available on the internet about the fun-east ways of gardening. How terrace Organic Farming Projects are gaining popularity is simply overwhelming and yet many individuals still perceive gardening to be a difficult task. One major issue in starting terrace gardening is the lack of space in small houses. It is assumed that only farms are suitable for vegetable growth but Mithelesh has introduced a new way of framing to all living in small nests of big cities.

Growing vegetables on PVC pipes, allowed him to discover, that there is a solution to this problem. Mithilesh has begun a trial project in which he is providing plants that he cultivates in PVC pipes to folks in his neighbourhood. Now many people believe that it is doable. The confidence his neighbours invested in him, further motivated him.

Initially, he provided the first 18 saplings of each kind free of charge. Now Mithilesh has begun selling the findings to anyone who is interested, as the outcomes have been good.

The YouTube channel is filled with films that provide gardening techniques, agricultural practices, and how to make the most of the available areas for putting up a garden.

His objective is to have the residents of the city consume anything they want, poison-free. As someone who lives in the city, he understands how difficult it is to find organic veggies here, Mithilesh wants people to realise that organic veggies can be grown even on a little balcony.

People nowadays choose ready-to-use items. That is why he gives us half-developed plants in PVC tubing. We only need to sprinkle water and harvest.

I am surely buying my balcony decor, the veggie PVC pipe. Are you buying yours? Making way for you to reach the innovator – follow him on his youtube, Instagram, and Facebook, and also have a detailed insight into the website of this organic farming project.

Mithilesh says that the COVID-19 period taught individuals to eat and live properly, which he attributes to his startup’s success. Mithilesh recently took part in the Dream deal Challenge, which was held by Anupam Mittal, the Shark Tank India fame. The Concept of VegRoof was well-received during the challenge, and he was mentored by the businessman.

His ultimate goal is to draw an increasing number of people to Organic Farming Project. Mithilesh hopes that his little startup will inspire everyone to grow what they consume.

If you want to know more about sustainable farming or Organic Farming Projects, read about This Man From LEEDS Business School, who UK Left His High Package Job To Start Sustainable Farming

If you know more motivational stories about an individual, organization, new idea, startup, or social initiative, and want us to write them on mad4india.com, share such information with us on Instagram, Facebook and LinkedIn. 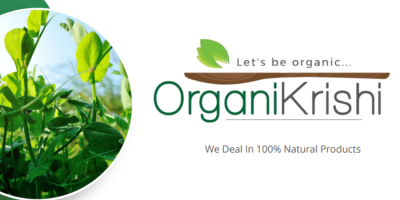 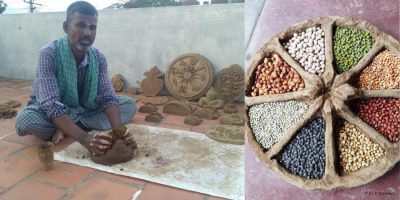 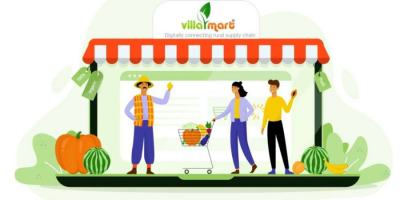 Left His US Job To Start Villa Mart, A Phygital Market In Odisha – Helping Farmers Grow