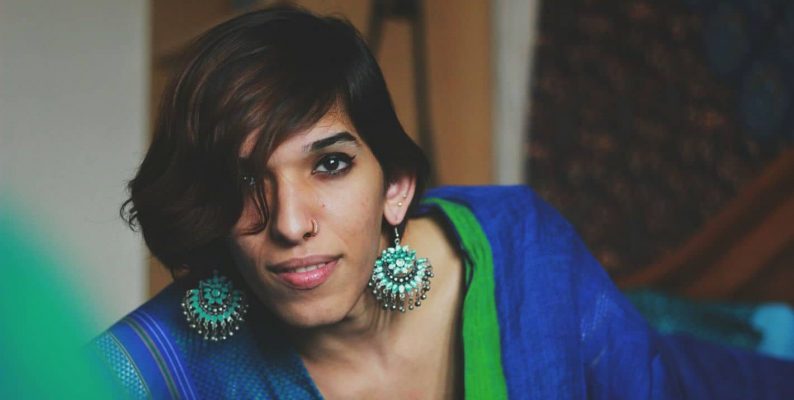 Trinetra Haldar Gummaraju belongs to the state of Karnataka and is popularly known as the first trans-woman doctor of Karnataka. Coming out of the closet and saying it openly that you belong to the LGBTQ+ community is not an easy task.

But Trinetra Haldar Gummaraju did it anyway. And that’s one reason we feel incredibly proud of her. We wish her all the best for everything she does in life.

In India, people still haven’t made peace with the fact that people belonging to the LGBTQ+ community are no different from the mainstream. And that’s one reason these people live in fear and don’t come out in the open. But with every LGBTQ+ story we come across, we feel that our society will soon stop judging people on their sexuality.

The journey wasn’t a cakewalk for her either. She faced her share of difficulties, judgments from society, but she made it to the top. And that’s the reason she’s an inspiration to us.

Trinetra Haldar Gummaraju, a 23-year-old woman belonging to the LGBTQ+ community completed her MBBS degree and is now a medical intern. She is also a content creator, an Indian LGBTQ+ advocate, and an actress.

She’s popularly known for her discussions on transgender rights, feminism, and intersectionality on Instagram. Not only that, she’s one of the first transgender Indian content creators in the Indian entertainment industry.

We appreciate her for her bravery and for not shying away from anything. She has truly made every Indian feel proud of her. And I feel so blessed to write about this inspiring and beautiful woman who’s an efficient doctor and an amazing content creator.

Beating All Odds and Rising to the Top

Now when Trinetra Haldar Gummaraju recalls her initial days of fighting society, she remembers instances when people used to call her names. She went through a lot of bullying and harassment, but she decided to not let it break her. Earlier called f*ggot, ch*kka, k*jja, and several other titles is now a famous trans-woman doctor. I can’t stress enough how big of an inspiration she is.

Trinetra Haldar Gummaraju who was born as Angad Gummaraju in Bengaluru underwent gender confirmation surgery later in life. Though her family celebrated the day she was born as the firstborn boy child, she never thought of herself as a boy. She loved putting on make-up, draping her mom’s saree, and walked around the house.

During her childhood, everyone found the act cute but when they saw that the “phase” continued for longer than usual they hid those items from her, telling her she was too old for them.

Trinetra had a baby brother when she was 5-years-old but she couldn’t process the thought of being called an elder brother and felt burdened with the conditioned upbringing. She grew up into an unresolved teenager and was scared to express herself. Trinetra Haldar Gummaraju tried out masculine activities such as sports for her dad, but hated it from her heart.

MediCAB: Delivering portable hospitals to rural areas for treatment and care of COVID patients, Can be set up by 4 people in 2 hours

Her school life didn’t make things any easier for her. She faced bullying and couldn’t digest the idea of being a gay person. It took a toll on her. At times when she felt vulnerable, she was taught to be tough and wasn’t allowed to cry.

When Trinetra Haldar Gummaraju realized she liked men, she understood she was a gay man. But she didn’t like the idea that she must be a man. These led to frustration, and she started self-harming and prayed to be like others, to be normal. It makes me feel so terrible to know how our society corners some people who don’t meet their expectations.

Making it Through the Struggles and Standing Up for Herself

While Trinetra Haldar Gummaraju was watching a show that had a gay protagonist, she blurted out that she was gay but her parents didn’t take it well and were in denial. And then one fine day she came out to the world, and that added fuel to the fire. Her teachers made her read aloud in class so that others could mock her voice. She realized she needs to stop all those things overpowering her and started channeling all her energy towards her studies. Trinetra Haldar Gummaraju found out that she wanted to be a doctor, as she wanted to use her knowledge and degree in the operating room.

Trinetra’s Success – The Moment of Acceptance and Relief

She grew up hating her body and only felt comfortable when she wore crop tops and applied makeup. Despite wanting to look a particular way, she didn’t want to receive judgmental glances. Soon when she was 20, she told herself that she’s a woman and at that moment she felt free and relaxed. She said that she felt as free as a little kid who knew that she was a girl but was made to believe that she was a boy.

Trinetra Haldar Gummaraju updated a FB post that said, “Call me Trinetra” and officially came out as a woman. No sooner did she make the post than her mother called and said, “So Trinetra…” and she broke down. Right then, she started the transition.

If you liked this story, please read the story of two sisters who are working a campaign against bullying – “Stop the B”