Incredible Story Of ‘GamerFleet’, Who Built A Community Of 18.5 + Lakh Subscribers Through Gaming 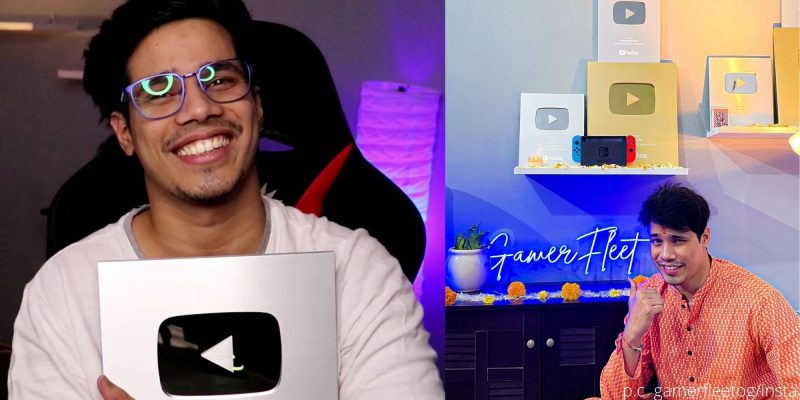 GamerFleet aka Anshu Bisht went through a journey from a middle-class boy to a household name in the past couple of years.

Gamer Fleet, a boy from Haldwani exhibited an ear-to-ear smile, he settled every day at his PC gaming station at home for the past four years.  He picks up his streaming deck and puts on his headset as his live stream goes live. Anshu or what the world likes to call him GamerFleet, edited, streamed for hours, and donated whenever the community needed and became a true inspiration.

Coming from a small town in Uttarakhand and being part of a lowly family, choosing to stream games as a full-time job was not an easy choice for him.

Anshu Bisht who has loved gaming since his youth. However, he scrutinized his love for gaming only after graduating from college in 2017.

With Jio providing ‘free internet’ increased his interest as well as time spent on the popular streaming site.

That’s when he realized that streamers like Pewdiepie and Hemant are building an audience through gaming. That’s when he decided to be a YouTuber.

But there was more to the Gamerfleet story than just a wish.

Gamerfleet’s father was employed as a bus conductor in the school where he himself studied. His father was earning about Rs. 5K – 6K a month.  Anshu did not want to burden his family with further demands. He preferred to make his own money to buy a new Personal Computer.

He began teaching elementary school children in his hometown. Within six months, Anshu bought a second-hand PC for about Rs.6000.

The excited kid that he was didn’t wait and immediately began recording, editing, and uploading his videos on Youtube.

Soon after the ‘Free internet’ period was over (Offered by Jio). Gamerfleet had no junction to get through a net connection.  He was embarrassed at first, but then he found a way – a “shopping mall.” Anshu started visiting the nearest mall every time he wanted to upload a new video to his channel.

How The Family Reacted

Defining esports as a career for parents was a major challenge. They did not know what YouTube or online games were. Therefore, it was difficult for them to understand how playing can be a full-time job.

With each passing day, Gamerfleet’s family began to see him playing more than ever. They expected him to take regular job options as every other parent would want. 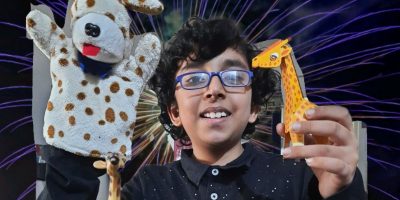 He joined a company in his hometown and worked 18 to 20 hours a day. In time, he realized that it was not his place to live. He even arrived in the capital to seek a job and persisted for a while. But destiny planned something else.

When Fortnite came in  2017, he was amazed to see how people were going over it, and how many players grew up after the live stream of the game.

Seeing this growth, he also thought of streaming. But, alas! He never had a good PC or internet. However, he had a big sister, who agreed to have better and faster internet at home, and helped him with finances as well.

Although Fortnite helped him sustain it a bit, it was PUBG Mobile’s Custom Rooms that helped him gain viewers every day. He used to play from 11 AM to 5 PM and give tuition lessons from 5 PM to 9 PM.

Locked up at home during the COVID-19 pandemic. He resumed grinding on his YouTube channel. One night, things got fun and exciting when he saw his live stream numbers continued to increase.

He started to enjoy the games even more and started to grind. He also remembers playing the game for about 18 hours a day.

As he grew his number in terms of subscribers and members. Gamerfleet clutched charity streams through which he helped people suffering from breast cancer and Subhyaloid Hemorrhage(blood clotting in the retina)

He has also appeared in the fundraiser events served by other YouTubers.

Anshu Bisht has left his job and streams as a full-time career option. He feels there are still discomforting moments when someone asks his father regarding what his son does for a living.

Mad4India wishes Anshu ‘Gamerfleet’ Bisht all the very best and hopes he grows to newer heights every day.

If you loved reading about the incredible story of Gamerfleet, read about India’s Only Athlete In The Winter Olympics, Meet 31 Year Old Arif Khan.