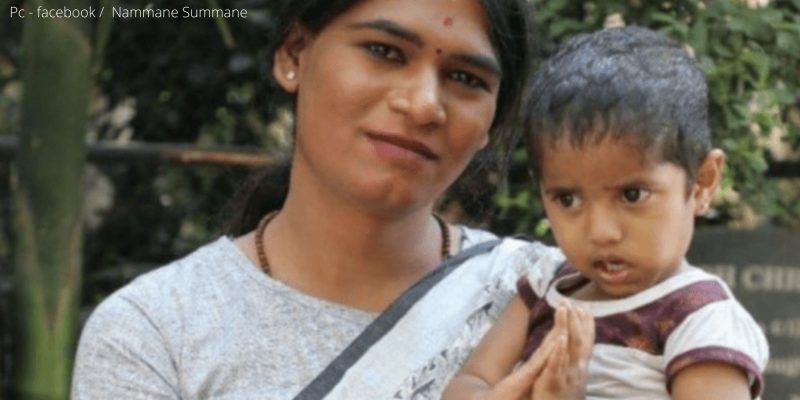 Nakshatra, a transwoman, founded the NGO Nammane Summane to provide food, education, and shelter to community members as well as other destitute persons.

Nakshatra understands how difficult it is to be on the streets after being shunned and forced out of her home by her parents when she was 16 for being a transwoman.

She moved to Bengaluru in 2017 from her hometown of Gulbarga, Karnataka, in search of better possibilities. Nakshatra joined the transgender community after nearly three months on the streets.

However, she discovered that the transgender community members lacked expertise because all they knew was begging or prostitution during the procedure.

Nakshatra, on the other hand, was forced to beg since she had no other choice. This was not the future she envisioned for herself. She gradually began saving cash for her studies.

Nakshatra founded Nammane Summane, an NGO that helps the homeless, in 2020 when she was capable of standing on her own. It is based in Bengaluru and provides sanctuary to LGBTQIA+ people, orphans, HIV-positive people, differently-abled people, older folks, and anybody else who is in need.

It is described by Nakshatra as a shelter for persons who have been rejected by society.

This is India’s first transwomen’s shelter, founded by a transgender woman for orphaned and destitute trans people.

She spent two months living on sidewalks, eating discarded food, bathing in public bathrooms, and sheltering behind cardboard boxes. She understands what it’s like to be without a family, a house, or even a handful of rice.

No one assisted me when she was sleeping on the streets. When your family abandons you, you lose faith in yourself and your ability to seek help. She didn’t want anyone else to be in this situation. Nammane Summane provides a safe and secure environment for anybody in need, regardless of age, religion, or gender.

When Nakshatra and her team of volunteers get calls from the poor, they rush to their aid and provide them with food, clothing, and other necessities. 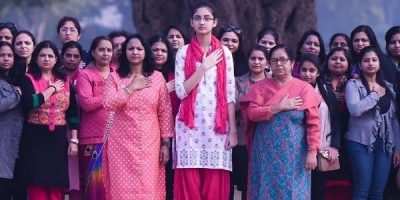 Beds, three meals a day, schooling for young children, essential medicine, and counselling are all provided at Nammane Summane for those who have been rescued from the streets and are going through difficult circumstances.

Because of the stigma linked to the transgender population, Nakshatra experienced several challenges and prejudice even before the NGO was formed. The Covid lockout set them back once they were permitted to start.

The COVID-19 epidemic mostly affected the poor and middle classes. Getting through the day was difficult for members of the LGBTQ+ community. Families did not provide financial or emotional assistance. She wanted to improve the community because it was in such bad shape.

She does, however, recall the period when the refuge was first established. People first refused to give her room, calling her a beggar and a sex worker. After months of struggle, she was eventually provided with a residence by a lady in Bengaluru’s Gangondanahalli.

Nakshatra pledged all of her jewels and utilised her funds to manage the NGO during this time. Since then, the facility has been completely self-funded, relying only on donations from people and organizations.

They were unable to feed the persons we were caring for. Rice, oil, and dal were all in short supply. She has poured her heart and soul into this NGO. However, she is still having difficulty raising funds to continue our efforts. She does not want my project to come to an end here.

Nakshatra’s sheer willpower and perseverance helped her overcome obstacles and establish an NGO. She now wishes to continue operating Nammane Summane in order to serve more people and to ensure that no one else is stuck on the streets as she was.